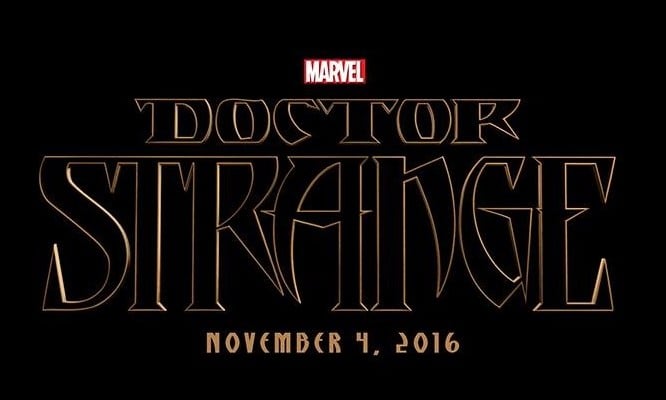 With new trailers releasing for Marvel’s Jessica Jones, as well as rumors swelling about when we may see a trailer for Captain America: Civil War, Marvel has continued to build momentum. The studio has done such an excellent job controlling the news cycle with its immediate projects, that some of its riskier films in the pipeline have gone relatively unnoticed. In particular, Marvel’s upcoming film Dr. Strange will follow the story of Stephen Strange, a once skilled doctor who becomes the “Sorcerer Supreme.” Strange uses magic to battle everything from Demons to Thanos’ Black Order. He’s also a member of the Illuminati, a secret group in the Marvel Universe that attempts to act “in the best interests” of the planet (including making the decision to send Bruce Banner into space). Strange’s role as a sorcerer makes him a unique member of the Avengers and continues to help the team as a consultant. Marvel clearly believes that the good doctor is in for a popularity boom, with news in September that he will be getting his first solo book series in over twenty years.

This week, we finally got a look at what Strange may begin to look like in the MCU. Strange will be portrayed by the popular actor Benedict Cumberbatch. Hot off his first Oscar nomination, Cumberbatch has gained a strong following for his role in the BBC’s “Sherlock” television show, as well as his roles in 12 Years a Slave and Imitation Game. The new set photos give a first look at Cumberbatch, as well as his Oscar-nominated co-star Chiwetel Ejiofor. Ejiofor received acclaim for his leading role in 12 Years a Slave and has also appeared in The Martian, The Secret in Their Eyes, and Children of Men. Ejiofor will be portraying Baron Mordo, a character who was once a prize apprentice of “The Ancient One,” only to turn against his master. It was previously announced that Marvel has gender swapped the Ancient One by casting the always interesting Tilda Swinton as the mentor of both Mordo and Strange.

While Mordo and Strange have been portrayed as enemies at times in the past, it might be odd for Marvel to instantly turn Mordo against his allies. Between these photos and their scenes together in 12 Years a Slave, its apparent the actors have built a strong chemistry. It’s possible that Marvel may hold back Mordo’s potential betrayal, or even use him as a new Loki-esque character moving forward. While Ejiofor has been nominated for an Oscar, many would still consider him an up-and-coming actor. With rumors still circulating that Mads Mikkelson (NBC’s “Hannibal” and Casino Royale) is in line to take on a villainous role in the film, as well as Marvel’s previous hints that Daniel Brühl will have an expanded role in this film, it’s doubtful that Ejiofor would have signed on to be a secondary or even tertiary villain.

The costumes here recall the costumes worn by Christian Bale and Liam Neeson in Batman Begins. Both are inspired by Tibetan clothing and work well to add an air of mystique to the characters. There had been rumors that Doctor Strange will not be an origin movie, but Marvel President Kevin Feige seemed to have dispelled those rumors. It’s hard to ignore the comparison between the two given the location, but while Nolan’s Batman series was taking a “grounded” look at the characters, Doctor Strange will be taking the opposite road by embracing one of Marvel’s weirdest heroes. In other news, Marvel has made two casting announcements that bring even more credibility to the film. This week, Variety reported that Michael Stuhlbarg was in talks to take on the role of Nicodemus West. Stuhlbarg has been an extremely in-demand actor since his breakout performance in the Coen Brothers’ A Serious Man.  His hard work has paid off, with roles in HBO’s “Boardwalk Empire,” Steve Jobs, and Men in Black 3. His talent adds even more credibility to cast as it continues to grow. A second casting was announced today, with “Transparent” actress Amy Landecker coming on-board. Landecker co-starred in A Serious Man with Stuhlbarg, but until her casting on “Transparent” was extremely active in bit TV roles and video game voice acting. This should help her career continue to grow and looks like it will likely be in a supporting role for the film. With her experience in the highly acclaimed dramedy, she should be able to help bring some trademark Marvel comedy to the film.

Adding these two actors to an already impressive cast showcases Marvel’s talent to attract unique actors into their universe. Even in seemingly bit parts, Marvel continues to add above average actors and actresses to populate the ever-expanding MCU. Even more important is that Marvel adds the talent before DC has a chance to, limiting the actors that can appear in the new DCMU. Considering the film also cast Rachel McAdams back in September, potentially as the Night Nurse, Marvel’s stable of actors continues to grow. Hopefully, the film will add the incredible Mads Mikkelson to really round out the cast. While Doctor Strange may be heading into some weird places, it is easier for audiences to take the risk when the cast is of such high quality.