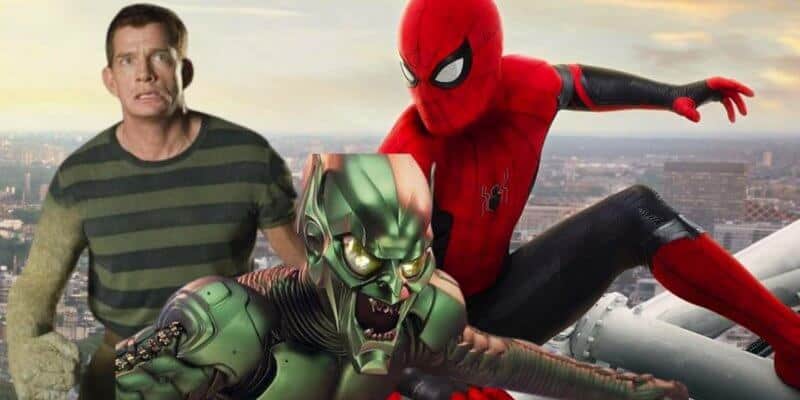 If you have been following along with the Spider-Man 3 news cycle, you already know that Marvel is creating the most epic Spider-Verse film to date — Spider-Man 3, with characters returning from every past Spider-Man film. Now, it seems there are two favorite villains that may be returning and reprising their roles.

In case you need some catching up, the big news here is that Tobey Maguire and Andrew Garfield will reportedly be joining Tom Holland in Spider-Man 3, connecting all three Spider-Man universes together. We have heard many will be returning to Marvel’s Spider-Man franchise, including Kristin Dunst reprising her role of Mary Jane, as well as Alfred Molina as Doctor Octopus, Jamie Foxx as Electro and more!

The latest news is that Willem Dafoe’s Green Goblin and Thomas Haden Church’s Sandman are rumored to appear in the film as well. If we think back to the first Spider-Man trilogy, we can remember that although Chruch’s Sandman isn’t necessarily dead, Dafoe’s Green Goblin certainly is. Therefore, if he does return, it will be interesting to see how, or even where, Tobey Maguire’s Spider-Man takes place in terms of past, present, or future with Tom Holland’s Spider-Man.

The Illuminderdi has been reporting on possible Spider-Man character returns and noted that:

“The Green Goblin character is intended to return in the sequel. It seems that they were on to something, as Willem Dafoe and Thomas Hayden Church are both attached to return to the project as well. According to our source, their deals are still being finalized, but they are indeed a part of the Spider-Man 3 masterplan. Unfortunately, we were unable to get any info on the size of their appearances, however judging by the size of the cast, it’s hard to imagine them being huge.”

At the moment it is not confirmed if Willem Dafoe’s Green Goblin and Thomas Haden Church’s Sandman will enter Spider-Man 3 and join the Spider-Verse, but considering many others will be, adding them to the list would not be so shocking.

Do you think Green Goblin and Sandman should be in Spider-Man 3?