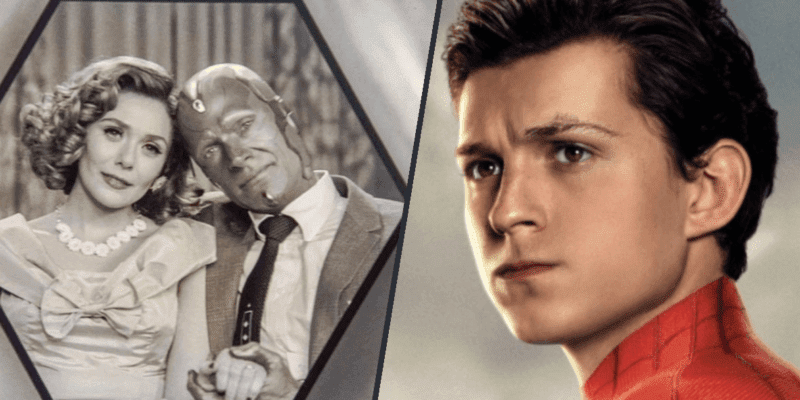 After trolling every single Marvel fan online for the past two days with fake titles like Spider-Man: Phone Home, Spider-Man: Home Wrecker, and Spider-man: Home Slice; Marvel and Sony have finally taken mercy on all the internet theorists and revealed the official title to the third installment of Tom Holland’s Spider-Man series, Spider-Man: No Way Home.

The reveal came after months of speculation on the production. Rumors have been running rampant about the possible plot and cameos that may or may not have been cast. And Marvel and Sony have been tight-lipped about confirming any details so far. They have even taken to giving the star, Tom Holland, his script in chunks to prevent him from spoiling anything.

His co-star Zendaya (Michelle / MJ) pokes fun at Holland’s history of leaks in the title reveal video below. He asks her “Name me one thing I’ve actually spoiled!” and she responds with a deadpan, “The last movie title?”

Ever since it was confirmed that Doctor Strange star Benedict Cumberbatch would reprise his role as the Master of the Mystic Arts in the new film, Marvel fans have speculated that the Spider-Man film would deal with threats from the multiverse.

Casting rumors have included everyone from Ryan Reynold’s Deadpool and Charlie Cox’s Daredevil to Spider-Man actors from previous franchises, Tobey Maguire and Andrew Garfield. These theories were given new life after Quicksilver’s return in WandaVision on the new Disney + series, suggested it was finally time for the Marvel Cinematic Universe to open up the multiverse when Evan Peter’s was cast to reprise his X-men version of the character.

Some have even taken the fake titles that were released as a hint that other Spider-men could still make an appearance. Home Slice as a reference to the Tobey Maguire version of Peter Parker having a day job as a pizza delivery boy; Home Wrecker could be a nod to Garfield’s tragic loss of Gwen Stacey (Emma Stone); and Phone Home symbolizing Holland’s version need to call Tony Stark / Iron Man (Robert Downing Jr.) for help.

Holland’s version of Peter Parker/ Spider-man was last seen in Spider-man: Far From Home (2018). In the movie, he deals with the world post Avengers: Infinity War (2018) and the consequences of Thanos‘s snap. At the end of the movie, his identity is revealed in a way that seems to echo a comic book arch that involves him making a deal with Mephisto, who Marvel fans still believe may show up in WandaVision.

Those hoping for the MCU’s version of Spider-verse got a little wind in their sails with the title reveal. Eagle-eyed fans watched the video as it was released on social media and after weeks of looking at hexagons in every episode of WandaVision, the subtle reference was easy to pick up on. They can be seen on the whiteboard outside of director Jon Watts’s office as Holland, Zendaya, and Jacob Batalon (Ned Leeds) walk away.

Since WandaVision looks to be setting up the introduction of the multiverse in the Marvel Cinematic Universe and Wanda will be showing up in Doctor Strange in the Multiverse of Madness (2021). Spider-Man: No Nay Home making a visual connection to WandaVision in its title reveal only further backs up the theory that Peter Parker and company could also tackle the multiverse.

Hexagons have played a recurring role in WandaVision. They appear in every episode in one form or another and the reality bubble that Wanda Maximoff / Scarlett Witch (Elizabeth Olsen) and Vision (Paul Bettany) have been trapped in is shaped like a giant hexagon and has been named “The Hex”. Some have taken the repeated shapes as a reference to Scarlett Witch’s powers, which in Marvel Comics are called “hex powers”.

Hexagons also show up in Guardians of the Galaxy (2014), as part of the Universal Neural Teleportation Network. Jump windows shaped like hexagons allow the guardians to jump between points across the universe. Perhaps similar hex-shaped portals could allow passage through the Nexus to other universes.

Do you think Wanda could show up in Spider-Man: No Way Home? Let us know in the comments below.