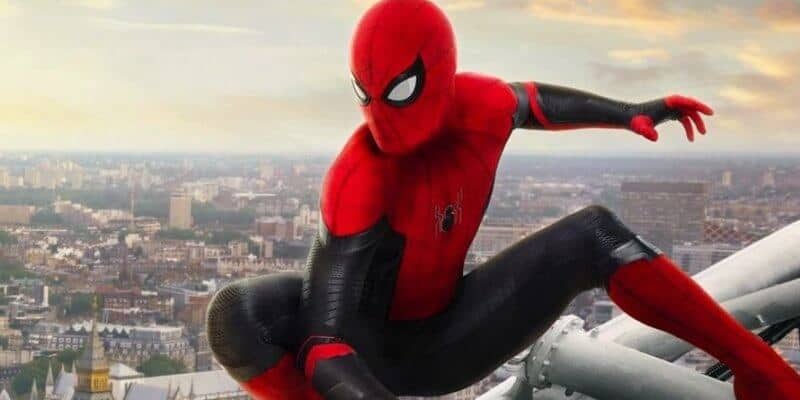 The title for the highly anticipated Spider-Man 3 has been announced. The film has been officially revealed to be called Spider-Man: No Way Home. It follows the announcement of three fake titles from Tom Holland, Zendaya, and Jacob Batalon.

The official Spider-Man 3 page has now changed its name to Spider-Man: No Way Home and confirmed that this time, the title is real.

Now it seems that this was all one big misdirect from Disney, Marvel Studios, and Sony. We can say with 100% certainty that the title will be Spider-Man: No Way Home.

A tweet from the official page reads, “this we can confirm. #SpiderManNoWayHome only in movie theaters this Christmas”. It also includes an adorable video of Holland meeting with director Jon Watts as he tells the star off for his tendency to leak spoilers!

This, we can confirm. #SpiderManNoWayHome only in movie theaters this Christmas. pic.twitter.com/kCeI8Vgkdm

What does the title tell us about Spider-Man 3?

Many Marvel fans believe that the title could refer to Peter Parker / Spider-Man getting lost in the multiverse. However, it’s more likely a reference to the ending of Spider-Man: Far From Home, which saw Peter’s identity revealed to the world by J. Jonah Jameson (JK Simmons) and Mysterio (Jake Gyllenhaal).

The movie will be the final sequel in Jon Watts’ “home trilogy”, following Spider-Man: Homecoming and Spider-Man: Far From Home and it is set to be quite the finale. The film will reportedly feature the return of two iconic Spider-Man villains: Alfred Molina as Doc Ock and Jamie Foxx as Electro.

Additionally, No Way Home will reportedly explore the multiverse (hence the return of villains from the Sam Raimi and Amazing Spider-Man series). Tobey Maguire and Andrew Garfield are still heavily rumored to feature and Benedict Cumberbatch is confirmed to return as Doctor Strange.

What is going on with Spider-Man: No Way Home?

Marvel Studios haven’t revealed too much about the film. However, the aforementioned casting decisions and a plethora of rumors have led many Marvel fans to believe that No Way Home will form the conclusion of a sort of “multiverse trilogy“.

The casting of Cumberbatch as Doctor Strange is particularly relevant. As most fans know, he will star in the upcoming phase four sequel Doctor Strange in the Multiverse of Madness, in 2022. What’s interesting about that film is that it will also star Elizabeth Olsen, reprising her role as Wanda Maximoff from WandaVision.

It’s thus possible that Tom Holland’s Spider-Man will be caught up in the events that lead into Doctor Strange 2. This is why fans are so convinced that Spider-Man 3 will focus on the multiverse. Additionally, the “fake-out titles” from earlier today also might be a clever hint towards the movie’s plot.

What do the fake titles say about Spider-Man 3?

Obviously, each title is a play on the “home” series. However, looking a little deeper — do the colors signify something? Some Marvel fans on Twitter seem to think so.

Many are now wondering if the fake announcements are a hint towards a third villain. Kraven the Hunter has long been rumored, but many now think that Norman Osborne might finally make his MCU debut. For those who don’t know, Osborne is Spider-Man’s arch-nemesis — the Green Goblin. In the Sam Raimi films, he is played by Willam Defoe. According to this Twitter user, the use of green, purple, and gray signifies the Goblin on his glider.

Sites like Murphy’s Multiverse have reported that characters from the Sam Raimi films like Tobey Maguire and Kirstin Dunst’s Mary Jane Watson may also reappear. Who’s to say Defoe won’t join them?

Hopefully, we get a trailer soon as we’re too hyped for Spider-Man: No Way Home!

Who is starring in Spider-Man: No Way Home?

The film formerly known as Untitled Spider-Man 3 will once again feature Tom Holland as Peter Parker. Additionally, he’ll be joined by Zendaya as MJ (the MCU’s version of Mary Jane Watson). Furthermore, Marisa Tomei will reprise her role as May Parker and Jacob Batalon will once again portray Ned Leeds.

We’ll have to see how the film progresses; at this rate, it might even release before Black Widow!

What do you think of the title? Let us know in the comments below.