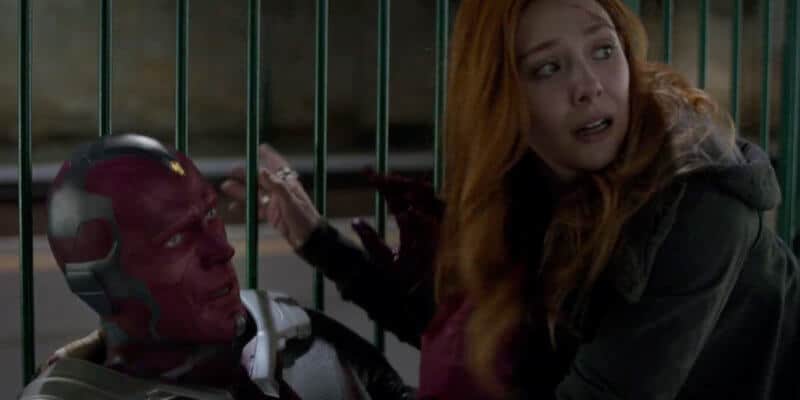 According to The Hollywood Reporter, Marvel’s Vision and Scarlet Witch series that’s in development for Disney+ has landed “Captain Marvel” writer Jac Schaeffer as writer and showrunner. Paul Bettany and Elizabeth Olsen, the actors who portrayed both characters in Marvel’s blockbuster “Avengers” film franchises, are expected to star in the series.

News of the possibility of a Disney+ show featuring Scarlet Witch was first revealed back in September of last year in a report by Variety, which also stated Loki, portrayed by Tom Hiddleston, might also be receiving a show on the upcoming streaming service. But after landing Schaeffer, one of the writers behind Marvel’s upcoming “Captain Marvel” movie, the new show starring the reality warping android and matter manipulating mutant appears to finally be confirmed.

The Hollywood Reporter writes the new series will focus solely on the two characters (Vision and Scarlet Witch). In Marvel Comics, the pair has had one of the comic book company’s longest love affairs, one that has spanned through two decades. The pair has headlined several comic miniseries and gotten married and had two kids, which later turned out to only be figments of Scarlet Witch’s imagination.

In a report by Variety from October of last year, it was announced that a mini-series starring Falcon and Winter Soldier would be coming to the new streaming service. In the same report, it was also revealed that if any of the shows based on Scarlet Witch, Loki, Falcon and Winter Soldier were chosen for production, it was expected they would only receive anywhere from six to eight episodes each.

Other projects already announced for Disney’s streaming service include a live-action “Lady and the Tramp,” a “Star Wars” series from “Jungle Book” and “Iron Man” director Jon Favreau, and a TV series based on “High School Musical.” In addition, the service will offer several of Disney’s upcoming theatrical releases when it launches, including the live-action “Dumbo” movie from Tim Burton (set for release March 29, 2019) and “Captain Marvel” (set for release March 8, 2019).

What are your thoughts on Vision and Scarlet Witch getting their own show on Disney+? Let us know in the comments below!