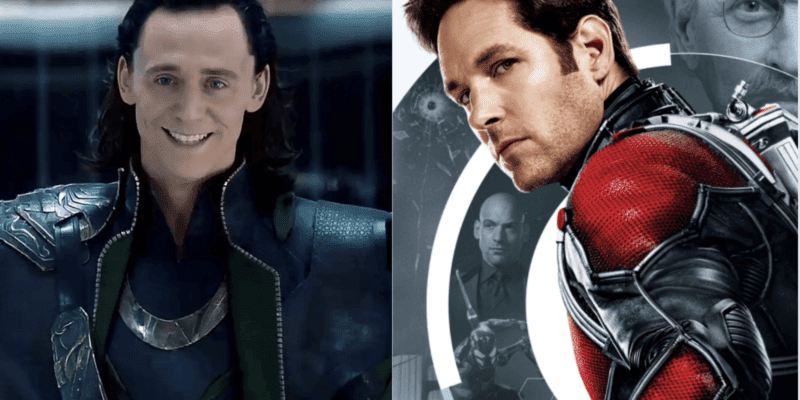 Marvel has been very clear that the next phase of the Marvel Cinematic Universe will move beyond Thanos and the Infinity Stones and explore the multiverse. They have been less clear regarding whether or not this means they will include 20th Century Studios’ X-Men legacy films (they have already nodded toward this with Evan Peters’s appearance in WandaVision) or Sony’s Spider-Man characters (rumors about Tobey Maguire showing up on the set of Spider-Man 3 have been circling).

Related: Holland Talks ‘Spider-Man 3’ Calls It The “Most Ambitious Superhero Movie Ever Made”

Elizabeth Olsen will be reprising her role as Wanda Maximoff/Scarlet Witch in the upcoming Doctor Strange in The Multiverse of Madness (2021) after WandaVision ends in a few short weeks. Doctor Strange will of course be dealing with threats from realities beyond the existing Marvel Universe.

Whether Wanda will be an adversary or an ally for Doctor Strange (Benedict Cumberbatch) in the film has yet to be revealed. Fans will simply have to wait to see how her own series will end. Naturally, Marvel fans have been watching the Disney + series, WandaVision, with a keen eye for clues to when and how Marvel will officially introduce the multiverse.

Now, Marvel fans have gotten their best multiverse hint yet with the latest in-show commercial for an anti-depressant called Nexus. Theories have been circling around the true meaning of the commercials inside WandaVision since the first episode of the series. Some fans say that they represent the deep trauma of Wanda’s past, while others think that they reference the now-destroyed Infinity Stones. It could be both. It could be neither.

What sets the latest commercial apart from the rest is that fans of the Marvel Cinematic Universe who have never read any of the comics could pick up on the Easter eggs.

The Nexus commercial foreshadowed the later reveal that there is a reason that Wanda and Vision (Paul Bettany) settled down in Westview to live idealized suburban lives based on classic television, all while trapped inside the reality distorting “Hex”.

Perhaps Agnes/Agatha Harkness’s (Kathryn Hayn) dark and sinister basement could serve as a physical location of the Nexus for the Marvel Cinematic Universe? It could be centered on the mysterious book, which may or may not be the Darkhold, as some fans have guessed, since this was already done on Agents of S.H.I.E.L.D.

Related: Who is Agatha Harkness in WandaVision?

What is The Nexus?

The Nexus’s history in the comics is complicated, vague, and never completely explained. It is also known as the Nexus of All Realities. The Nexus is a cross-dimensional gateway to all possible realities or a place where all realities of the multiverse intersect. The doors in AgnesAgatha’s creepy basement could, theoretically, lead to doors to other realities.

For example, she may have plucked Evan Peters’s version of Quicksilver from another reality to distract Wanda and keep her complacent inside the “Hex” while she tries to get something from Wanda. Some theorists online have suggested that what Agatha may actually be after is Wanda’s status as a Nexus Being.

Nexus Beings are the keystones of the multiverse. There is one Nexus Being in each reality. They serve as a focal point of the mystical energies of their world. They have the ability to alter reality and affect the flow of time, all of which Wanda has been shown to do in WandaVision — and, Scarlet Witch is a Nexus Being in the comics.

This makes the line from the Nexus commercial all the more pertinent: “The world doesn’t revolve around you…or does it.” The rest of the commercial references picking a “reality of your choosing.” Perhaps WandaVision will end not with Wanda taking over the Marvel Cinematic Universe, but escaping to another. Doctor Strange may have to bring Wanda back as she is the Nexus Being of the MCU.

Nexus Beings are closely monitored by the Time Variance Authority, TVA. The TVA is expected to play a large part in the plot of the Loki  Disney + series (May 2021). Loki (Tom Hiddleston) was last seen in Avengers: Endgame (2019), escaping with a past version of the Space Stone.

Related: Was ‘Loki’ Already Renewed for Season 2 on Disney+?

The trailer for Loki showed that he will most likely be recruited by the TVA to help investigate anomalies in reality. Although knowing Thor’s brother, he will most likely cause more mischief than he helps solve. Not much else is known about the Loki series, so it is possible there have been other hidden Easter eggs in WandaVision that fans have missed.

The introduction of Nexus Beings could also be a setup for Ant-Man and The Wasp: Quantumania. Kang the Conqueror (Jonathan Majors) will be the villain in the Marvel film that is set to be released in 2022. Kang is another Nexus Being from the comics, who travels through time to take over the universe.

Let us know in the comments below if you’ve spotted any references to Loki or Ant-Man that fans have missed!