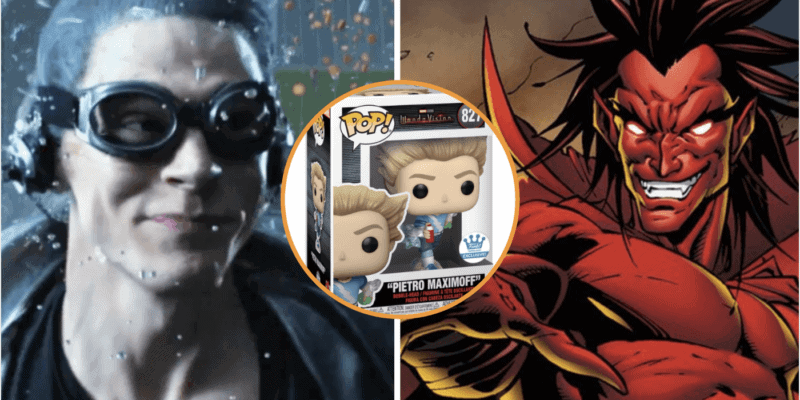 WandaVision is now into the second half of its first season. Each episode of the Disney + series is still raising more questions than answers at this point. The theories seem to be endless. No other film or series in the Marvel Cinematic Universe has held fans’ attention quite like WandaVision.

The series picked up where Avengers: Endgame (2019) left Wanda Maximoff/Scarlett Witch (Elizabeth Olsen), alone and heartbroken at the death of Vision (Paul Bettany) at the hands of Thanos.

Only now, she’s not alone anymore. Both Vision and her brother Pietro (previously played by Aaron Taylor-Johnson, currently portrayed by Evan Peters) seem to have come back from the dead to live idealized suburban lives in the town of Westview.

But, anyone who has watched even a single episode of WandaVision — or seen the near-infinite amount of Tweets filling their feeds — knows that nothing in the series is what it appears to be. The Scarlet Witch and company may be trapped in a sitcom-themed reality but the origins of the mysterious “Hex” and who is really the villain are still very much up in the air.

And now, a new Funko POP based on Pietro’s Halloween costume from the latest episode of the Marvel series may spoil what everyone already suspects. Pietro is not who he appears to be.

In the image, Peter’s character is named in quotation marks as “Pietro Maximoff.”  Social media took theorizing, as it does best. The running theory before this new merchandise was released was that Pietro is the demon Mephisto. So, many fans have taken this as confirmation that the Quicksilver who appears in WandaVision is Marvel‘s version of the devil.

It is not the first time Marvel movies or other films have been potentially spoiled by Funko POP leaks. It is not even the first time something in WandaVision has been spoiled by a merchandise announcement. It was not too long ago that a new Disney new hinted at Monica Rambeau‘s (Teyonah Parris) superhero identity, Spectrum.

Of course, there are other possible explanations for the quotation marks on the Funko POP. For one, another theory surrounding Quicksilver’s return is that Wanda pulled him from 20th Century Studios’ X-Men universe, since he is played by the same actor. In the X-Men films, his name was not “Pietro” but actually “Peter”. If Evan Peters is playing the same version of the character then his name would not actually be “Pietro.”

His introduction could be setting audiences up for the concept of the multiverse. WandaVision has been doing a lot to set up for the 2022 film Doctor Strange in the Multiverse of Madness. Elizabeth Olsen is set to return as the Scarlet Witch in that film.

The TV series is fans first real look at the Marvel Cinematic Universe post-Infinity Saga and could be used as a potential chance for Marvel to reboot some old storylines.

Let us know in the comments below if you think Evan Peters is playing Pietro, Peter, or Mephisto.