Kevin Smith Hilariously Retcons His Own MCU Theory - Inside the Magic 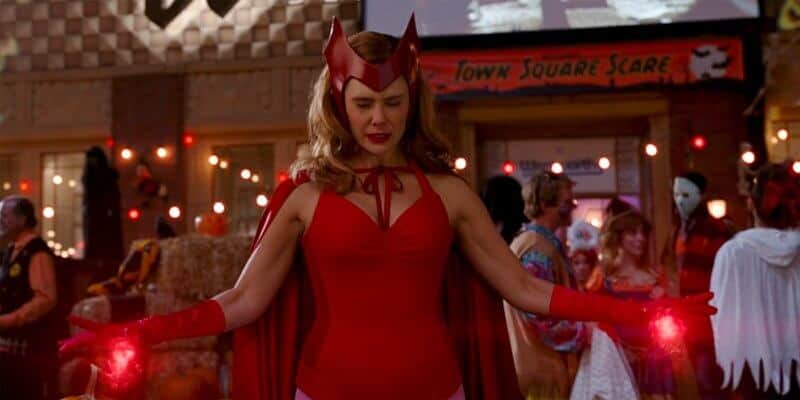 Related: Is ‘WandaVision’ Setting Up A Superpowered Monica Rambeau?

Smith shared the following to his Twitter account, seeming quite confident in his Marvel Cinematic Universe theory:

I know the popular guess for the @wandavision Luke-level cameo is Pietro [Wanda’s twin, Pietro Maximoff/Quicksilver played by Evan Peters] or Dr. Strange [Dr. Stephen Strange played by Benedict Cumberbatch will next appear in Doctor Strange and the Multiverse of Madness] , but my guess is THANOS. The Mad Titan killed Vision, so there’s a chance Wanda might wanna try to kill him again, like she almost did in Infinity War. Could be… inevitable..

I know the popular guess for the @wandavision Luke-level cameo is Pietro or Dr. Strange, but my guess is THANOS. The Mad Titan killed Vision, so there’s a chance Wanda might wanna try to kill him again, like she almost did in Infinity War. Could be… inevitable. https://t.co/SnI8zZ4aij

Since then, of course, Peters has appeared in the ode to classic television as Pietro Maximoff — seemingly as the version of the Marvel character from 20th Century Studios’ X-Men films — but most fans, Smith included, think we’re not done yet. Since it was almost assumed from the start that Quicksilver would somehow factor into WandaVision, it seems that there has to be another major cameo on the way.

Smith, hilariously, has now retconned his own WandaVision Thanos theory and shared a new idea, related to the shark commercial from Episode 6, the 1990s Halloween episode. Per ComicBook.com:

…the kid says he’d eat “anything” and the shark tosses him a cup, but the kid is never able to open the yogurt and eventually starves to death. The commercial ends with the shark telling viewers that Yo-Magic is the snack “for survivors”. For Smith, the kid on the island is representative of Wanda herself and the shark is someone who made her a deal for something that seemed like a good thing but really wasn’t….

“And the shark could represent somebody who offered her a seemingly good thing which we now see isn’t very nourishing at all and so last week or the week before I was just like, ‘there’s no way it could be Mephisto’ why would they just suddenly, Mephisto is… people don’t know about Mephisto. That commercial and then the conversation she had with Pietro where Pietro gave full-throated support for what she’s doing, knew exactly what she was doing and controlling the town and sh-t and gave support to the point where she’s like ‘you don’t think this is bad’ and he’s like ‘no, I think it’s amazing’ and stuff. But the way he was talking to her, I’m not gonna say like it didn’t sound like Pietro, but it sounded like the devil. So I’m gonna amend my ‘I don’t think it’s Mephisto’ and be like maybe it is Mephisto.”

This is, of course, only one of many fan theories about who the next major WandaVision cameo could be. Perhaps, for example, Monica Rambeau’s (Teyonah Parris) engineer friend will actually turn out to be Fantastic Four‘s Reed. Or, maybe Doctor Strange (Benedict Cumberbatch) will make his rumored appearance, further setting up Doctor Strange and the Multiverse of Madness (2022).

For now, only Kevin Feige and his team know for sure what will happen to Wanda Maximoff/Scarlet Witch (Elizabeth Olsen) and Vision (Paul Bettany) as Rambeau, Darcy Lewis (Kat Dennings), and FBI Agent Jimmy Woo (Randall Park) race against the clock to free them from “the Hex.”

Who do you think the next big MCU cameo in the Marvel Studios series is going to be? Are you with Kevin Smith in thinking it’s Marvel’s answer to the devil?

Next up for Marvel is The Falcon and the Winter Solider, debuting on Disney+ on March 19. The show will star Anthony Mackie as Sam Wilson/Falcon and Sebastian Stan as Bucky Barnes/Winter Soldier.

Comments Off on Kevin Smith Hilariously Retcons His Own MCU Theory