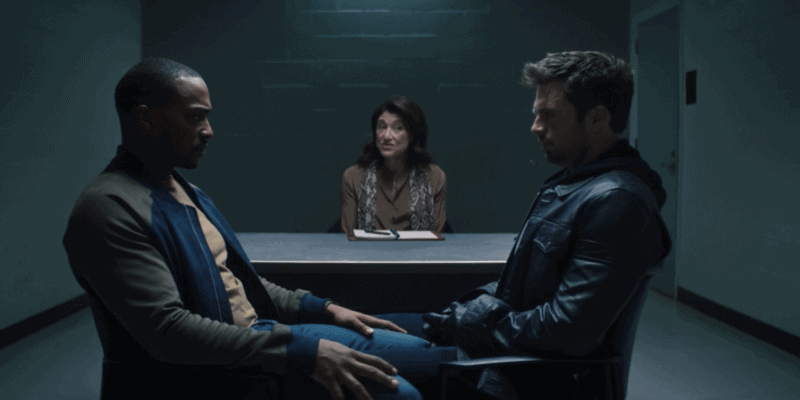 The first rating for highly anticipated Marvel Studios streaming series The Falcon and the Winter Soldier has been revealed — and it’s not what you probably expected.

The show has received an age 16+ rating, the television equivalent of a film R-rating. This is the first time any Marvel show has gotten a rating this high, which means it definitely isn’t the family-friendly superhero content many have come to expect from Kevin Feige’s Marvel Studios.

Elizabeth Olsen and Paul Bettany’s WandaVision, for example, had a TV-PG rating for the first three episodes and has been rated TV-14 for the past two weeks.

ComicBook.com noted the following about The Falcon and the Winter Solider’s first official rating:

Though plenty can change between now and March, the Anthony Mackie and Sebastian Stan-starring series has received its first rating, and it’s one on par with Marvel Television’s darkest entries. Kijkwijzer — the Dutch film and television rating board — has listed the series as a “16+” property due to “violence” and “coarse language.”

As u/VirinR — the Redditor who first spotted the rating — points out, it’s a rating similar to that of TV-MA in the United States. Other notable properties that have gotten slapped with a 16+ rating by Kijkwijzer include Daredevil Season Two, Jessica Jones Season Two, Django Unchained, and Game of Thrones Season Seven.

Earlier this year, Marvel Studios head Kevin Feige confirmed that the Deadpool franchise “will be rated R” and will be part of the Marvel Cinematic Universe, marking the studio’s first foray into R-rated territory under the Walt Disney Company banner.

The upcoming The Falcon and the Winter Solider series will, presumably, receive the most mature rating of any MCU series in the Disney catalog in the United States, as well.

For those who are unfamiliar with the plot of the Avengers based show, the official description reads:

Marvel Studios’ “The Falcon and the Winter Solider” stars Anthony Mackie as Sam Wilson aka The Falcon, and Sebastian Stan as Bucky Barnes aka The Winter Soldier. The pair, who came together in the final moments of “Avengers: Endgame,” team up on a global adventure that tests their abilities — and their patience.

You can also view the full Falcon and Winter Soldier trailer on its official Disney+ page. The exciting trailer debuted during Super Bowl LV.

The upcoming Marvel series premieres on March 19. What do you think about its rating?