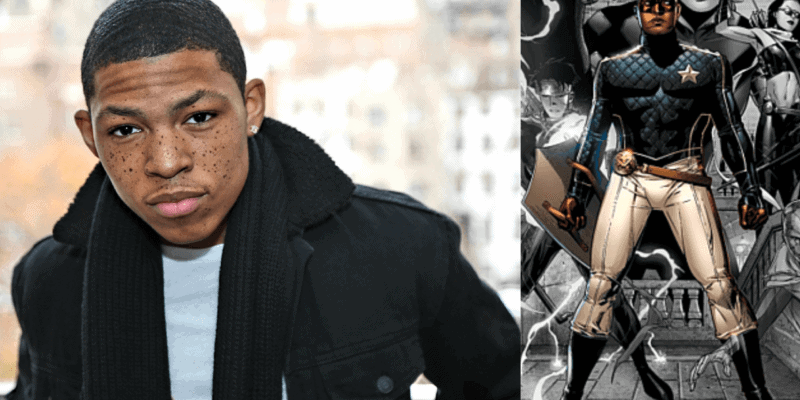 There have been rumors for quite some time that Kevin Feige at the team at Marvel are working behind the scenes on a Young Avengers movie and it appears that the movie (or Disney+ show) might be getting a little closer to reality if rumors of new casting for The Falcon and the Winter Soldier are true.

Murphy’s Multiverse is suggesting that Elijah Richardson (Mr. Robot) is in the cast of the upcoming Disney+ show and playing Eli Bradley, also known as The Patriot. In the comics, The Patriot becomes a founding member of the Young Avengers so it isn’t a surprise at all to hear about Marvel and Disney wanting to introduce him to the MCU if a Young Avengers movie is in the works.

According to the rumors, the character will appear in two episodes of the series and is the latest in casting news that looks like the Young Avengers will be involved in an MCU project in the future. Kathryn Newton is set to play Cassie Lang in Ant-Man 3, Kate Bishop is appearing in the upcoming Hawkeye Disney+ show and we have America Chavez coming in Doctor Strange in the Multiverse of Madness.

If The Patriot is joining the MCU it doesn’t seem likely that Marvel will follow the origin story from the comic books so it will be interesting to discover how he ends up getting his powers.

The full synopsis of The Falcon and the Winter Soldier can be found below:

Following the events of Avengers: Endgame, Sam Wilson/Falcon and Bucky Barnes/Winter Soldier team up in a global adventure that tests their abilities — and their patience — in Marvel Studios’ The Falcon and The Winter Soldier. The all-new series is directed by Kari Skogland; Malcolm Spellman is the head writer.

We can’t wait to see Sam and Bucky in new adventures when the series debuts in March!

Are you looking forward to The Falcon and the Winter Soldier? Let us know in the comments below!

Comments Off on Has ‘The Falcon and the Winter Soldier’ Just Cast a Young Avenger?