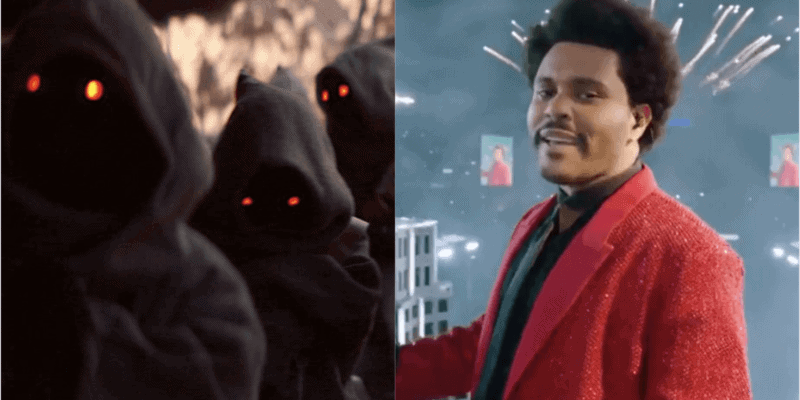 As always, one of the biggest storylines of the big game is the halftime show, which typically showcases some of the world’s biggest acts. The iconic stage has previously showcased celebrated musicians and performers like Paul McCartney, Aerosmith, Beyonce, and Jennifer Lopez.

Related: Will Super Bowl MVP Go To Disney World After The Big Game This Year?

This year’s Super Bowl halftime show was provided by Grammy Award winning artist the Weeknd, who performed a montage of his most popular songs during a show partially produced by Roc Nation. SI.com provided the following details and a full setlist:

In November, the Weeknd said he was “humbled, honored and ecstatic” to be performing on the “infamous” Super Bowl stage. The show was produced in part by Roc Nation.

The Weeknd’s music career has been highlighted by three Grammy Awards, five American Music Awards, nine Billboard Music Awards, two MTV Video Music Awards, nine Juno Awards and an Academy Award nomination. His 2020 album, After Hours, is the No. 1 most streamed R&B album of all time while his hit, “Blinding Lights,” spent four weeks at No. 1 on the Billboard Top 100 list.

Star Wars fans – myself included – found themselves experiencing more than a little bit of deja vu during the Super Bowl LV halftime show. Tell me you weren’t getting Galactic Senate vibes during the Weeknd’s performance.

The fandom has taken to Twitter with some hilarious reactions, which we’ve rounded-up below.

Was excited to see #TheWeeknd put these guys back to work for a part of his #SBLV halftime show ?? Has to pay better than scavenging #Tatooine for junk ?‍♂️ #justsayin #jawas #starwars pic.twitter.com/1iyqGVqilI

The Sane People from Star Wars made it into @theweeknd halftime show!

The Sand People from Star Wars made it into @theweeknd halftime show! ? pic.twitter.com/949r0Fksvy

Paul Kinkel was apparently confused by the Super Bowl LV show, but he didn’t miss the Star Wars aesthetic. He wrote:

The Halftime show is the Star Wars Marching Band.

As best as I can tell.

The Halftime show is the Star Wars Marching Band.

As best as I can tell.

The weekend halftime show looks like the starwars federation pic.twitter.com/jOsSEdNOSt

Finally, Robert Rasmussen thought the halftime show would have provided Disney with an excellent opportunity to announce they are actually retconning the much-maligned sequel trilogy — the odds of which are actually very slim. He noted:

…with that opening i was ready for two Jedis to start a massive lightsaber battle. Which to be honest would be awesome, and great way for Disney to announce that the last trilogy was a joke and they’re starting over. #HalfTimeShow #StarWars #Jedi

Damn, with that opening i was ready for two Jedis to start a massive lightsaber battle. Which to be honest would be awesome, and great way for Disney to announce that the last trilogy was a joke and they’re starting over. #HalfTimeShow #StarWars #Jedis

For those interested in learning more about the biggest game of the year during the COVID-19 pandemic, including videos of the game highlights and the national anthem performed by Eric Church and Jazmine Sullivan, visit NFL.com.

Who were you rooting for in the biggest NFL game of the year — Tom Brady and the Tampa Bay Buccaneers or Patrick Mahomes and the Kansas City Chiefs?