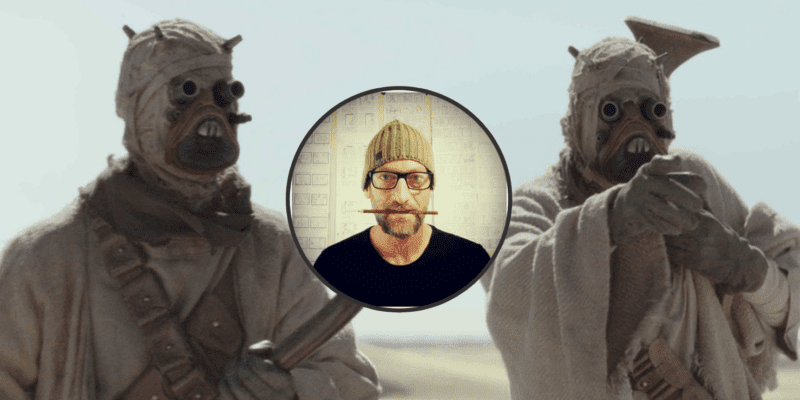 If you’ve watched the debut of The Mandalorian Season 2 on Disney+, you already know that the Tusken Raiders play a major role in the first episode.

Eventually, he ends up enlisting the help of the Tusken Raiders — AKA “sand people” — to help kill a Krayt dragon that is terrorizing Marshall Cobb Vantha’s (Timothy Olyphant) village.

Intriguingly, one of the actors who played a Tusken Raider in Episode 5 of The Mandalorian Season 1 is actually deaf — and helped to develop the unique American Sign Language-based hand signs the Tusken Raiders use in the Disney+ Star Wars series.

Troy Kotsur has shared details about his experience in an interview with The Daily Moth. He shared:

Kotsur also shared details about his love of the Star Wars franchise. He shared that many deaf people enjoy the Skywalker Saga because of its impressive visuals — they don’t have to be able to hear what’s going on to fall in love with the epic story:

Eight years old [the age he fell in love with Star Wars]! I have been a fan since that age. Remember that in the year of 1977, technology was limited and accessibility for Deaf people were limited, but that Star Wars movie blew my mind. It changed my life. Why? It was like “wet-eyes” – so visual for me. For the first 5 minutes, remember the opening of that movie? The spaceships shooting, the robots, C-3P0 scrambling, and all of that overwhelmed my eyes. I watched it 28 times. I watched the movie “Star Wars: A New Hope” 28 times.

Do you love the inclusion of a deaf actor in The Mandalorian cast? The ITM team hopes this uplifting story encourages you today!