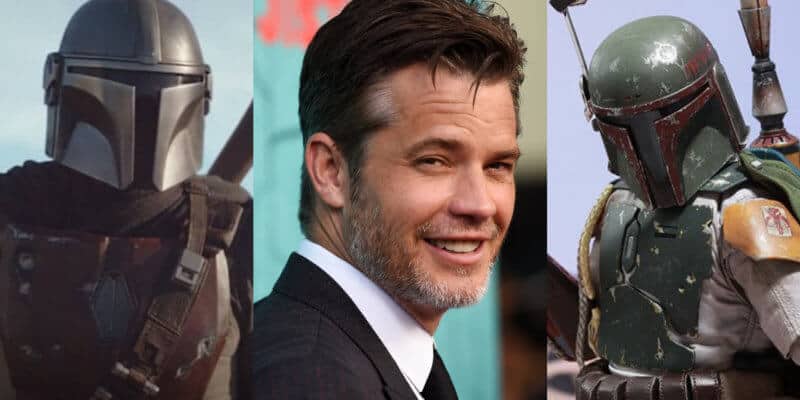 Justified star Timothy Olyphant has been seen shooting the second season of the hit Disney+ TV show The Mandalorian in Boba Fett’s armor, which has some guessing who his character could be in the upcoming season.

As we recently shared, it’s already been confirmed that Olyphant would be a star in the second season of The Mandalorian. However, until now there were no details of what character he could be playing in the series. Although, it seems /Film confirmed that Olyphant has filmed scenes in Boba Fett’s armor for the show, which offers a major clue as to who he’s playing in the galaxy far, far away.

For those wondering, “If he’s wearing Boba Fett’s armor, isn’t he playing Boba Fett?” Well, it’s worth noting that this spot has already been filled by Temuera Morrison, who played Fett’s clone father Jango Fett in Star Wars: Attack of the Clones.

Fans of the film series have never seen or heard of Vanth before as the character has only appeared in the Star Wars book series. First appearing in Chuck Wendig’s Aftermath novel series.

In these books, Cobb wears a set of Mandalorian armor which was taken by Jawas from the wreckage of Jabba the Hutt’s sail barge. This is where Boba Fett was thrown into the Sarlacc pitt, and he was the only one wearing any Mandalorian armor at the time.

During the events of the Aftermath book series, Vanth becomes the self-appointed sheriff of a settlement town called Freetown, which is located on Tatooine.

Of course, this casting choice has not been confirmed by Lucasfilm or Disney. However, similar to most other news surrounding the second season of The Mandalorian, it is all hearsay at this point.

What are your thoughts on Timothy Olyphant possibly portraying Cobb Vanth in the upcoming season of The Mandalorian? Let us know in the comments!

Comments Off on Will “The Mandalorian” Season 2 See Timothy Olyphant In Boba Fett Armor?