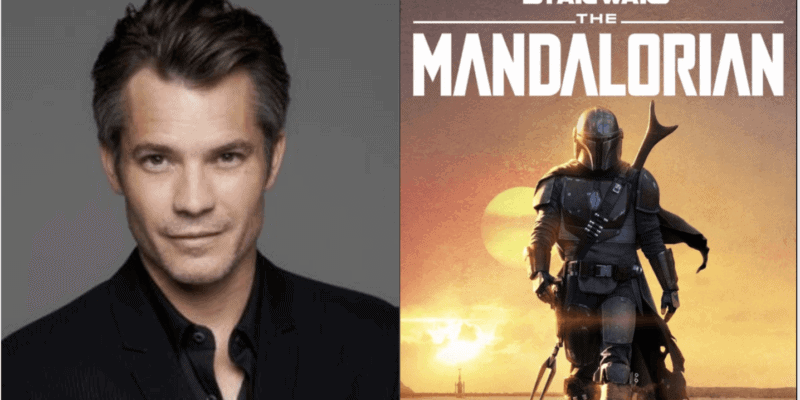 As per Hollywood Reporter, actor Timothy Olyphant will appear in the upcoming season second of The Mandalorian. Hawaiian-born Olyphant has become well-known in the television world, playing one of the lead characters in Justified from 2010-2015 and a recent role in Netflix’s ultra popular Santa Clarita Diet.

The Mandalorian Season 2, much like the first season of the hit Disney+ series, was filmed under a veil of secrecy. Jon Favreau and other showrunners don’t like fans of the Star Wars streaming show to know much about the storyline before each season airs. Even The Child (AKA Baby Yoda) was a complete surprise to viewers when The Mandalorian Episode 1 aired.

Due to this, nothing is known about Olyphant’s role in The Mandalorian. Judging from his past characters in gunslingers like Deadwood and Justified, Olyphant is a great choice for the world Favreau, Dave Filoni, Deborah Chow, and the rest of The Mandalorian’s creative team have created.

Sackhoff is popular in the Star Wars fan community and for her role in Battlestar Galactica.

Actor Michael Biehn of Aliens fame is the final known new addition to The Mandalorian Season 2. His role has not yet been announced.

What will happen next in The Mandalorian?

While we know little about the storyline of the second season of The Mandalorian, we can assume that the Darksaber will play a major role. Moff Gideon (Giancarlo Esposito) wielded it in the Season 1 finale when he battled Din Djarin (Pedro Pascal).

At the end of Star Wars Rebels, Bo-Katan Kryze is given the Darksaber, cementing her place as leader of Mandalore. Since Sackhoff has been cast, Star Wars fans can presume that this storyline will be heavily explored as the Mandalorian and The Child journey through the galaxy.

What do you think about Timothy Olyphant in The Mandalorian? Tell us what sort of role you’re hoping he plays in the comments!

Comments Off on Just In: Timothy Olyphant To Appear in “The Mandalorian” Season 2!