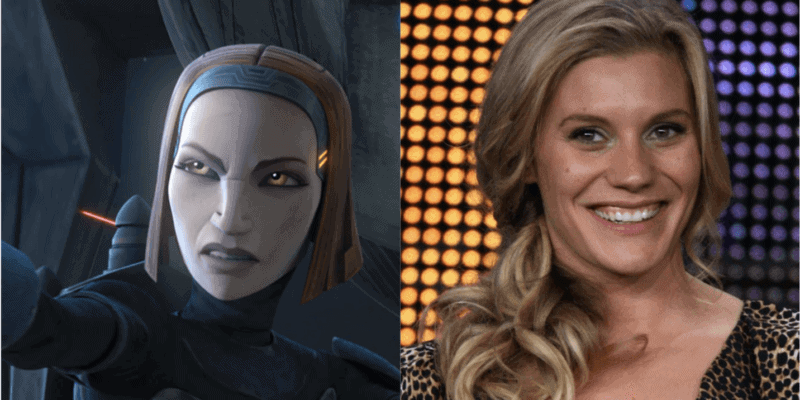 This is major news within the Star Wars fan community, as Sackhoff, who is perhaps most famous for her Battlestar Galactica role, is now the first voice actor to be offered a live action role as her Star Wars animated character.

Earlier this year, controversy abounded when Ashley Eckstein, who has voiced Ahsoka Tano in all seven seasons of Clone Wars, was not cast in Season 2 of The Mandalorian. Rosario Dawson will portray Tano in the upcoming second season of the Disney+ series.

Not much is known about the storyline of Star Wars: The Mandalorian Season 2. Actor Pedro Pascal, who plays Din Djarin, has provided vague details about what will happen to The Mandalorian and Baby Yoda this year.

Sackhoff’s casting as Bo-Katan does, however, reveal where The Mandalorian’s storyline might be headed. One major gap in the Skywalker Saga timeframe is Mandalore’s Great Purge. It is known that during Galactic Empire Era, the native Mandalorian warrior race was purged  so the Empire could construct an Outer Rim training center.

How this occurred, however, the Lucasfilm and Disney teams have never covered. The second and third seasons of The Mandalorian could very well explore this territory.

Furthermore, it’s likely that the Darksaber will play a huge part in Season 2’s scripts. Star Wars Rebels concluded with Bo-Katan Kryze receiving the black lightsaber and, thus, leadership of Mandalore. Then, in The Mandalorian Season 1 finale, Moff Gideon (Giancarlo Esposito) wielded the Darksaber during his fight with Djarin.

We also know that additional characters, including a new bounty hunter (Michael Biehn) and fan-favorite Boba Fett (Temuera Morrison) will appear in the second season of the live-action Star Wars streaming series.

With confirmation that The Mandalorian Season 2 concluded filming in early March before production shutdowns took place, Star Wars fans will learn the fate of Din Djarin, The Child, and Cara Dune.

Are you excited about seeing Katee Sackhoff as Bo-Katan Kryze in The Mandalorian? Tell us what storyline you’re most hoping for in the comments!