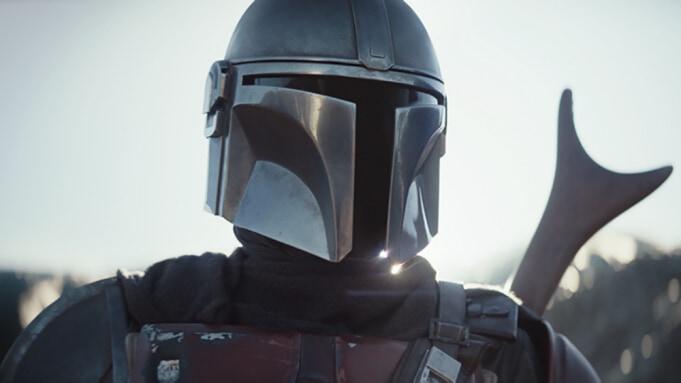 Pedro Pascal is The Mandalorian in the Disney+ series THE MANDALORIAN.

(Warning: This article does contain spoilers about the events of The Mandalorian season two)

After nearly a year of waiting, Star Wars‘ The Mandalorian has made its way back to Disney+ with a heartstopping premiere. Director Jon Favreau, the Disney+ series creator, and Dave Filoni, executive producer of Star Wars: The Clone Wars, have once again teamed up to bring a show-stopping story to The Mandalorian.

Related: You HAVE to Watch This Before New Episodes of ‘The Mandalorian’!

Episode One, “The Marshal,” picks up the bounty hunter’s story right where it left off at the ending of season one. Din Djarin, a.k.a. “Mando,” and The Child, a.k.a. “Baby Yoda,” start their thrilling new adventure amongst the Outer Rim. After extracting information about a Mandalorian’s location, we see the duo travel to the desert planet of Tattooine.

The Mandalorian is now on the hunt to return The Child to his kin, but he needs other Mandalorians’ help to find them.

Suppose you recall episode five from season one of The Mandalorian, titled “The Gunslinger.” In that case, we see Mando and The Child already visited Tattooine and Mos Eisley (a wretched hive of scum and villainy). In that episode, the Mandalorian helps a rookie bounty hunter who’s way over his head. After being betrayed and nearly losing Baby Yoda, it seems that Mando would never return to the planet.

Upon landing again in Mos Eisley, the Mandalorian is greeted by Peli Motto, a new ally and close friend from season one. Star Wars fans were pleased to see this character reunite with Baby Yoda.

In season two’s premiere, the Mandalorian travels to the forgotten town of Mos Pelgo to find this mysterious Mandalorian. Upon his arrival and The Good, The Bad, and The Ugly entrance into the town, Din Djarin finds himself in a cantina asking “someone who looks like me.”

Related: Could This Be Confirmation That Boba Fett Will Appear in ‘The Mandalorian’?

Suddenly, a being sporting old Mandalorian armor is in the doorway of the bar. That’s right, it’s Boba Fett’s armor.

BUT, that’s not Boba Fett. No, no — That is Cobb Vanth, Marshal of Mos Pelgo. The episode then shows how Cobb came about Boba’s old armor from the Jawa Traders when trading expensive crystals.

If you’re wondering how Boba Fett’s armor escaped the Sarlacc Pit from Return of the Jedi, you can read our article here.

With the help of the Sand People, the Mandalorian, and the people of Mos Pelgo, the dragon is slain, and Mando rides back to Mos Eisley with The Child and Boba Fett’s armor. That enough is an epic story, but there’s something else.

Related: ‘The Mandalorian’ Needs to Bring These Characters to Season Two

Who’s that guy at the end of The Mandalorian?

We pan out to see Din Djarvin riding through Tattooine under the twin suns when suddenly there’s an armed figure watching the Mandalorian from a distance. Who is this character?

Temura Morrison will be playing Boba Fett in the second season of The Mandalorian. That figure was Boba Fett!

Boba Fett is the clone of Jango Fett, so they look identical. Disney would not hire Morrison for any other role than for Boba Fett.

This man has a vendetta for Mando, and Boba Fett looking for his armor.

Do you think it’s Boba Fett? Let us know in the comments below!