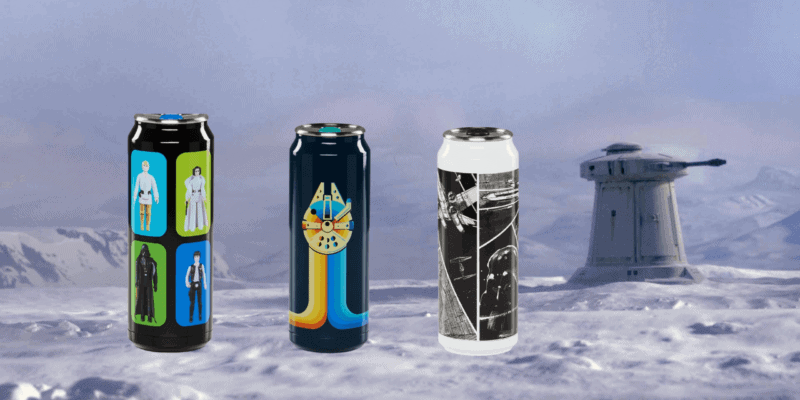 We will admit to being huge suckers when it comes to Star Wars merchandise and if you think of any given item, it’s likely one of the team members at ITM has it with a character from a galaxy far, far away on it.

The IGLOO brand is no stranger to the Star Wars universe, having made a range of coolers, growlers and tumblers in the past, but this new collection is a must for any fan of the original trilogy.

Let’s take a look at the new tumblers.

Of all of the new tumblers, this has to be our favorite. It’s classic Star Wars and you could easily mistake it for a product released alongside The Empire Strikes Back in 1980. We’re also getting some retro EPCOT vibes from this one. The tumbler comes priced at $19.99.

Also priced at $19.99, this tumbler features a storyboard style straight out of A New Hope (1977). If you look closely you can see the scene being played out — the iconic moment near the end of the movie where Darth Vader is chasing Luke Skywalker as he makes his approach to destroy the first Death Star.

All of these IGLOO Star Wars tumblers hold 16 ounces of liquid, have a spill-proof lid, and are crafted from stainless steel to keep drinks colder for longer.

Let us know which of these Star Wars IGLOO tumblers you like the most in the comments below!

Comments Off on IGLOO ‘Star Wars’ Collection Features Iconic Imagery from a Galaxy Far, Far Away