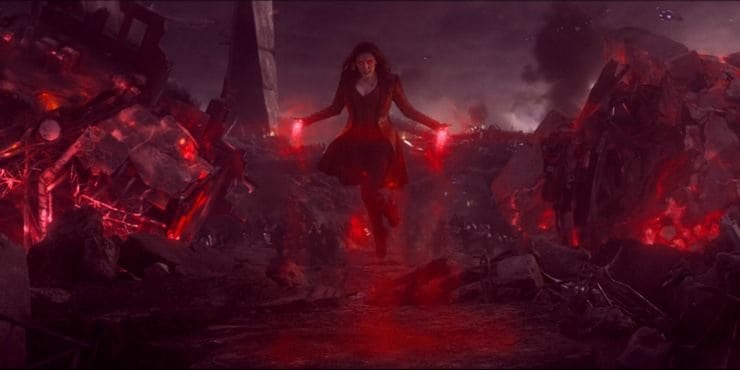 The Marvel Cinematic Universe is a franchise that was built one movie at a time. Each Marvel film added something to the ones that came before it and moved the story of the whole universe forward. What’s amazing is that since Iron Man (2008), Marvel has not done much in the terms of retconning some older movies.

To put it in perspective, over the same twelve-year period, Marvel Comics has had multiple restarts and refreshes. Universes have collapsed and combined, creating entirely new worlds. Comic book characters are constantly getting tweaked here or there — an origin is retconned or a character that was dead is suddenly alive again.

The MCU, on the other hand, has been going strong for over a decade with only a few recasts or changes sprinkled in over that time.  Wanda Maximoff/Scarlet Witch (Elizabeth Olsen) and her twin brother Pietro/Quicksilver (Aaron Taylor-Johnson/Evan Peters) had their origins retconned in a visual dictionary. Peter Parker was later canonized to be the young boy Tony Stark (Robert Downey Jr.) saved in Iron Man 2 (2010).

Now that Wanda has reached new heights with her powers in the Disney+ series, WandaVision, her ability to reshape not only the present reality, but to seemingly rewrite the past, could give Marvel Studios a chance to shake things up in the MCU, just like has always been done in the comics.

WandaVision has drawn from many famous comic book arcs in its six episodes so far, including “House of M”. In “House of M”, Wanda rewrites reality not once, but twice. After losing her twin sons (and killing some Avengers), Wanda wants to escape her life, so she creates a new world that is dominated by mutants and her family rules them all.

Wanda had the power to change the past for the subjects of her new world. All but a few heroes have their minds and pasts rewritten and do not ever remember living in a world that was not ruled by mutants.

In this storyline, when Wanda realized her new reality could not give her the happiness that she desired — and that her brother was manipulating her to gain power for him — she uttered the infamous words “No more mutants”. Mutant abilities all over the world were suddenly wiped out of existence. Wanda could change the very nature of reality.

Many fans have been speculating that WandaVision is building towards its own “No more mutants” moment and may change the fabric of the MCU as they have come to know and love it. She could bring back Vision (Paul Bettany) permanently, or even have two versions of Quicksilver, one played by Aaron Taylor-Johnson and one played by Evan Peters.

Wanda could bring all or some of Fox’s X-Men (or just Ryan Reynolds’s Deadpool) in the Marvel Cinematic Universe. The possibilities are endless and now may be the perfect time for Marvel Studios to take such a daring risk. The Infinity Saga ended with Avengers: Endgame (2019) and the tragic death of the first Avenger fans ever met in the MCU, RDJ’s, Tony Stark/Iron Man.

It is time for the Marvel films to start a new phase and fans already know it will introduce the multiverse later in 2021 with Doctor Strange in the Multiverse of Madness. The film, which will star Benedict Cumberbatch reprising his role as Dr. Stephen Strange, could also provide a huge opportunity for Marvel to smooth some old parts of the MCU that have not aged as well or did not perform as expected with fans.

What parts of the MCU would you like to see changed if there was an opportunity? I, for one, wish they could simply just erase the Inhumans television series from 2017 existing and scrub it from my mind forever. Let us know in the comments below.