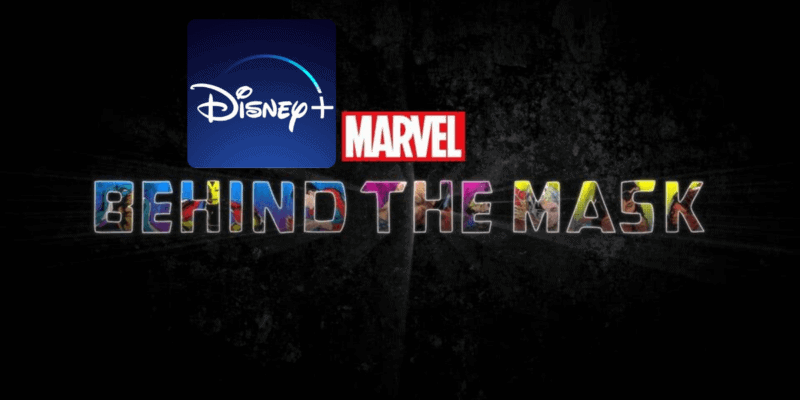 Related: Marvel’s Karen Gillian Arrived Down Under for ‘Thor: Love and Thunder’

Here is how Marvel describes this new documentary special:

From the very inception of comic books, secret identities have been an integral part of both Super Heroes and Villains leading “normal” lives. But it’s the characters beneath that resonate within us across generations of fans. Since the advent of the Marvel Age of Comics in the early 1960s, Marvel’s writers and artists have used the notion of identities to examine the evolving concept of equal rights. These legendary Marvel creations and stories have not only reflected the world outside our window – they have become a reflection of our own identities and who we truly are.

Marvel’s Behind the Mask will feature guests from across Marvel’s 80-year legacy, including the writers and artists behind the rise of characters like Black Panther, Miles Morales, Ms. Marvel, Luke Cage, the X-Men, Captain Marvel, and many other characters in the Marvel Universe, highlighting Marvel’s impact on pop culture and media.

We cannot wait to see this documentary as we love getting behind the scenes information on Marvel as a company, as well as discovering how it came to be the powerhouse universe that it is today!

Related: Can Marvel’s Feige Bring the Bring the Force Back to ‘Star Wars’?

Marvel has been in a dry spell during the pandemic, but thankfully, the spell has been broken by the recent debut of WandaVision on Disney+. This innovative show boasts mystery and excitement within the MCU as we see Wanda and Vision travel together through the decades in their own sitcom. Something sinister seems to be lurking under the surface of this happy facade though, so we will have to keep watching the weekly episodes to find out what the big twist is!

Marvel will also be debuting another new show on Disney+ in 2021. The Falcon and the Winter Soldier will follow the events of Bucky and Sam after Avengers Endgame. Marvel has said this show is a movie that is broken up into television sized parts, and that the scale and size of this show should have fans wanting more! We cannot wait until The Falcon and The Winter Soldier debuts on Disney+.

Here is a guide to everything that is coming to Disney+ in 2021, if you binge all of your Marvel shows and need more!

Are you hooked on WandaVision? Excited to watch Marvel’s Behind the Mask? Let us know in the comments!

Comments Off on New Marvel Special Coming to Disney+ in February