Marvel's Karen Gillan Arrives Down Under for 'Thor: Love and Thunder' - Inside the Magic 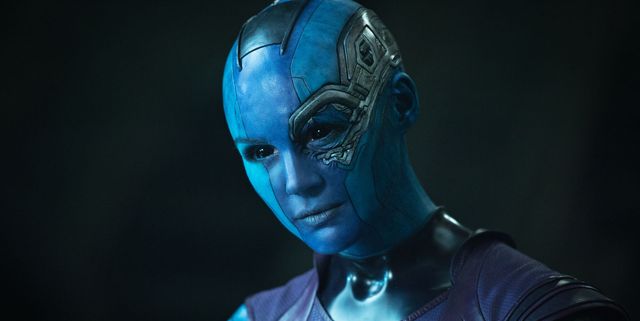 Karen Gillan, Guardians of the Galaxy and Jumanji star, posted on social media as she arrived in Australia, confirming her rumored involvement in Marvel’s upcoming Thor: Love and Thunder. Taika Waititi’s newest Marvel project is slowly turning into an Avengers reunion.

Marvel’s upcoming Thor: Love and Thunder have remained in the spotlight since the movie was announced with impressive pre-production workout photos from Chris Hemsworth and sarcastic nods to crew members from director/writer Taika Waititi.

The Marvel Cinematic Universe is getting a whole lot bigger with more Avenger stars joining Thor: Love and Thunder.

In a recent Instagram post, the actress Gillan stated, “Aaaand we’re back to work,” showing a trimming of her hair and alluding to preparing for Nebula’s bald cap.

Nearly 2,000 comments on Gillan’s post question the actress if she’s preparing for reprising her Marvel role. In a now-gone Instagram Story post, the Scottish actress did confirm that she trimmed her hair for Nebula’s costuming and showed herself landing in Australia.

While it’s unlikely we’ll see Loki in the upcoming superhero movie, it was reported that Guardians of the Galaxy co-stars Dave Bautista (Drax the Destroyer) and Chris Pratt (Star-Lord) arrived in Australia ahead of filming and went into mandatory quarantine.

Actress Natalie Portman and Thor himself, Chris Hemsworth, have been in Australia for several months and welcomed Marvel newcomer Christian Bale to the outback last fall. The Batman actor is set to play villain Gorr the God Butcher for Taiki Waititi’s upcoming Marvel film.

It’s exhilarating to see the Marvel Cinematic Universe expanding once more. In recent months it’s felt like Thanos made new Marvel films disappear. Since Black Widow and numerous other Marvel films have been pushed back, delayed, or seemingly scrapped amid the coronavirus pandemic, hearing news of Marvel veterans joining the Thor: Love and Thunder cast breathes new life into a fan-favorite franchise.

While Marvel has not officially confirmed Chris Pratt or Karen Gillan’s involvement in Thor: Love of Thunder, it’s looking like the actress will star alongside Hemsworth next year.

Earth’s mightiest heroes are somewhat reuniting, and who knows if we’ll see characters like the Wolverine or Deadpool show up (because why not?!).

Are you ready to see Nebula again soon? Let us know in the comments below!

Comments Off on Marvel’s Karen Gillan Arrives Down Under for ‘Thor: Love and Thunder’