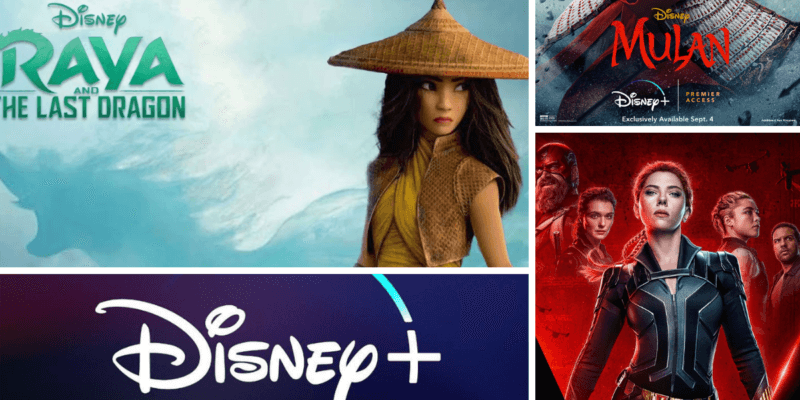 She spoke on several different topics, including which attractions at the theme parks are moving forward, in which there was no mention of EPCOT, as well as the past, present, and future of Disney’s film industry — including Black Widow, Mulan, and more Disney+ content on the way!

McCarthy began by discussing Disney’s streaming service, Disney+, saying the company priced the service at a reasonable and accessible price point. But with this, the more content that comes to the service, the more “pricing power” the company will have.

McCarthy also shared some exciting news stating the Walt Disney Company has a lot of content lined up for Disney+!

McCarthy: COVID threw a wrench in this but we had a lot of content lined up for Disney+. That has slowed up a bit due to COVID. $DIS

She continued the Q&A by bringing up some theatrical releases Disney is gearing up for in 2020 including Black Widow, Death on the Nile, Soul, and West Side Story.

When continuing to speak on the movie theater business McCarthy said The Walt Disney Company and its movies “drive a lot of people to the theaters”. However, there was one movie that the company decided not to release to theaters — The live action Mulan.

When it came to the recent launch of the highly anticipated live action Mulan, she stated that the movie has been ready for release for quite some time now and they didn’t want the fans to have to wait any longer not knowing where the movie theater industry is with the global pandemic. However, releasing Mulan to the streaming service actually really helped Disney+ with subscribers.

The results of the live action film really impressed the company as McCarthy said they were very “pleased” with the amount of subscribers and downloads for Mulan.

The live action film, which is no secret, does have a lot of controversy surrounding it — However, McCarthy stated they would not dive too deep into the Mulan controversy.

Something that has been on a lot of people’s minds ever since the digital release of Mulan is if Disney will keep up this trend and release films like Soul and Black Widow to streaming services as well. Well, according to @BoardwalkTimes, it seems as though Disney isn’t big on PVOD for most of its upcoming films.

Disney is still unlikely to strike a same day deal like Universal did with AMC. Disney also doesn’t seem big on PVOD for most of its films. At least that’s what I got from McCarthy. $DIS

For more on the Q&A session with Christine McCarthy, visit the official website here.

What do you think about all of these movie updates McCarthy spoke to during the session? Let us know in the comments below.