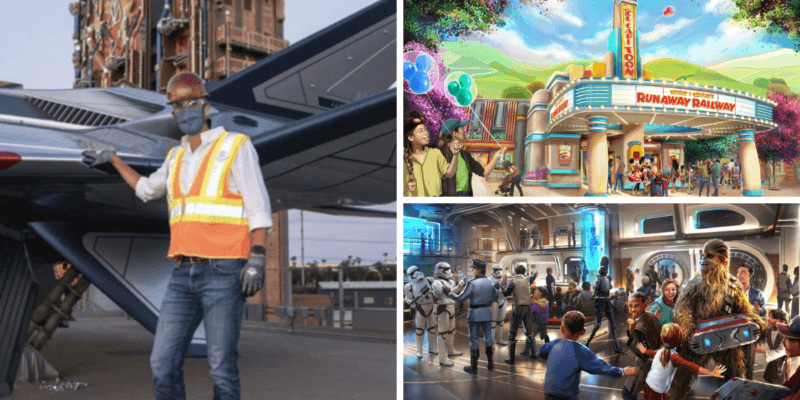 Christine McCarthy — the Senior Executive Vice President and Cheif Financial Officer for the Walt Disney Company —  gave a live presentation at the Bank of America Virtual 2020 Media, Communications & Entertainment Conference. During the webcast, she addressed where the Disney Parks will be focusing construction efforts moving forward.

According to McCarthy, Disney is focused on the Star Wars: Galactic Starcruiser hotel at Walt Disney World, Mickey and Minnie’s Runaway Railway at Disneyland, and Avengers Campus at Disney California Adventure.

McCarthy says Disney is focused on Star Wars hotel at #WDW, the completion of Avengers Campus, and Mickey and Minnie’s Runaway Railway at #Disneyland. $DIS

Based on what McCarthy shared, no information was given regarding the current, planned, and canceled EPCOT projects. However, we do know that a couple will be moving forward, based on what other Disney officials have said.

What Other Project We Know Are Safe

In addition to what McCarthy listed we also know a few more attractions that are continuing construction.

Based on this information from Josh D’Amaro’s Instagram page we covered previously, we know at least some of the EPCOT projects that are still moving forward, even if they were not mentioned on McCarthy’s webcast.

I was happy to see so many WDW Cast Members this week. Thanks to @jeffvahle @thezachriddley and the @waltdisneyimagineering team for the tour of EPCOT. So much going on in this park with the future additions of Remy’s Ratatouille Adventure, Guardians of the Galaxy: Cosmic Rewind and the new pylons installed at the main entrance fountain. #epcot

For the time being it appears that both Guardians of the Galaxy: Cosmic Rewind and Remy’s Ratatouille Adventure are continuing construction.

What Projects are Postponed Indefinitely

McCarthy may have given a small list of the projects the company is now focused on, but what about all of the current construction happening around Disney World?

We have been extensively covering the EPCOT overhaul which is a massive undertaking for the Walt Disney World Resort. EPCOT’s Future World is currently covered in construction walls, and fans are left wondering after McCarthy’s statements what will be there when the walls come down?

Tron: Lightcycle Power Run has continued construction efforts now that the parks have reopened, however, will construction begin to stall? Are they simply doing what was originally scheduled before Magic Kingdom Shutdown and if so, will we be waiting even longer for the highly anticipated attraction?

While those were not mentioned and remain ambiguous we know these projects are indefinitely stalled: Spaceship Earth and Mary Poppins at EPCOT, and Reflections a Disney Lake Side Lodge.

What do you think of this announcement? Are you sad about the project we might not get to see become completed? Let us know in the comments!

Stayed tuned for more information as we will be updating this article soon.