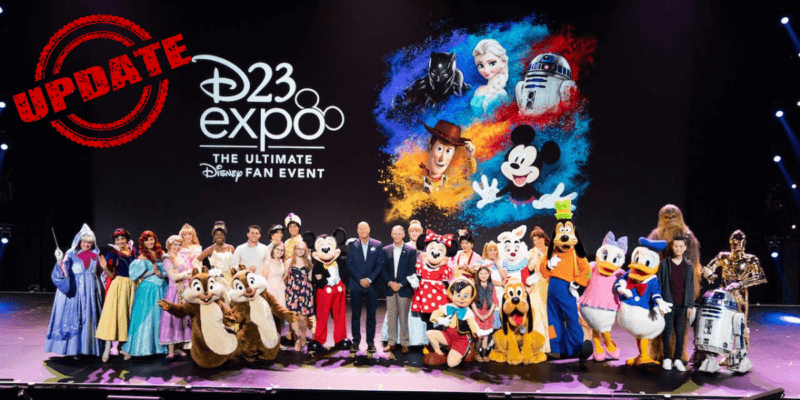 Disney Parks has modified its announcements from 2019’s D23 Expo and has removed one of the new anticipated hotels from the list.

According to Scott Gustin, “Disney has updated its 2019 Expo announcements blog post and removed Reflections — A Disney Lakeside Lodge…It’s worth noting the original EPCOT plans that have since been modified are still in the post.”

Scott included screenshots that show the blog post before and after the update.

NEW: Disney has updated its 2019 D23 Expo announcements blog post and removed Reflections – A Disney Lakeside Lodge. BEFORE and AFTER screenshots attached.

It's worth noting the original EPCOT plans that have since been modified are still in the post.https://t.co/uy25DWjo9M pic.twitter.com/juP9F7nw5g

Upon further investigation, we can confirm that the news surrounding Reflections has been removed from the news piece.

“World Showcase at Epcot will also welcome the first attraction inspired by Mary Poppins in Cherry Tree Lane, which will join the United Kingdom pavilion as an entirely new neighborhood!”

“At World Celebration in Epcot, Spaceship Earth will remain the park’s grand icon but the journey will be transformed with new scenes reflecting the universal nature of the human experience. A new guide and all new narration will focus on the storytelling that brings people together.”

Said to be built on the far side of Bay Lake, Reflections — A Disney Lakeside Lodge was first brought up D23’s Destination D event in 2018, with more information slowly coming to light during and after the 2019 D23 Expo. It was expected to host 900 rooms, and feature Walt Disney World’s first Princess and the Frog-themed restaurant.

In April, it appeared that construction was about to resume on the project. But very little has been heard about the project since. And while we can speculate on the significance of its removal from the D23 Announcements, we will await official word from Disney.

What do you think is going on with Reflections? Do you think Disney is pulling the plug? Let us know in the comments!