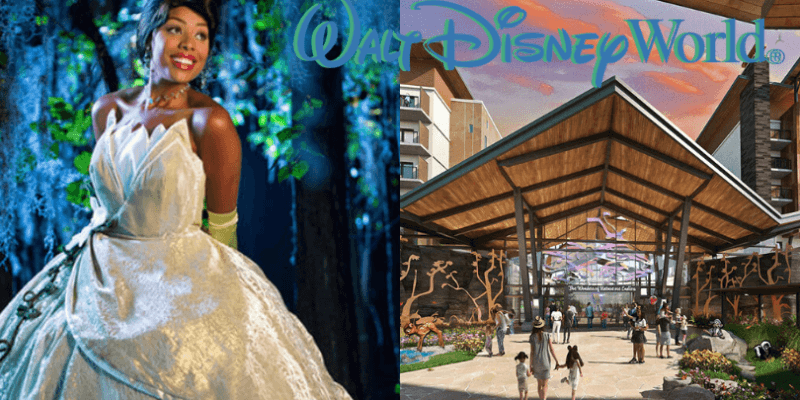 A recently filed permit suggests plans for Disney’s all-new Princess and the Frog restaurant coming soon to Walt Disney World. And we can’t wait to find out more!

The permit — filed in Orange County in the State of Florida — doesn’t give a whole lot of detail. It is a permit filed for a “table service restaurant” at 640 West Wilderness Way, where Reflections – A Lakeside Disney Lodge will be located once construction is complete. The new resort will be just a short distance from Disney’s Wilderness Lodge and of course Magic Kingdom park. The Princess and the Frog restaurant will be located on the scenic Bay Lake, and from what we learned at the D23 Expo, it sounds beautiful.

Keep in mind even though this permit doesn’t include information about Princess and the Frog, Disney hasn’t announced that other table service restaurants will be coming to the resort, so it suggests that that’s what the permit could be for.

Although we don’t know much about the new Princess and the Frog restaurant, we are incredibly excited. We know it will be a table service dining location (hello, Disney Dining Plan enthusiasts!), but other than that Disney hasn’t given much information. Will this be a character dining experience similar to Storybook Dining with Snow White at Artist Point? Will it be dinner with live musical performances like Tiana’s Place on the Disney Wonder aboard Disney Cruise Line? Or will it be an elegantly themed restaurant with a menu and decor inspired by Princess and the Frog, but without any characters at all?

No matter how this restaurant turns out, we’re definitely enthusiastic about it. We can’t wait to have some delicious New Orleans-style food at this new resort, and anything that brings us down the bayou is an A+ to us. Fans of not only Princess Tiana but also the Port Orleans Resorts at Disney World and New Orleans Square at Disneyland will likely love this new dining location!

Are you excited for the Princess and the Frog restaurant to come to Disney World?