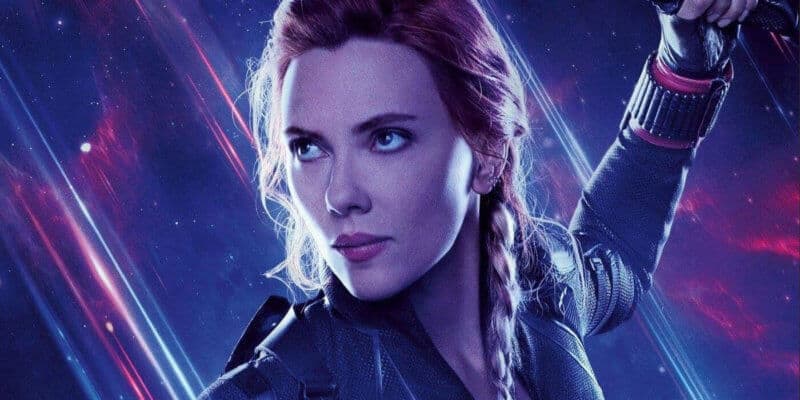 As we recently reported, Black Widow was originally set to open in May but due to the current pandemic, it was delayed. However, it has been confirmed that the MCU film will now take the November 6, 2020 release date slot, which was originally occupied by The Eternals.

A lot of fans are looking forward to the upcoming Black Widow movie as they have been begging the MCU for a standalone film starring Natasha Romanoff, also known as Black Widow. However, ever since the news broke that Scarlett Johansson would, in fact, star in her own film, fans have been wondering if the MCU plans on working on multiple Black Widow films or if this is the only one that will have Natasha Romanoff as its star.

The fan account shared a short clip of an interview with Scarlett Johansson who, not only praises her co-star of the film, Florence Pugh, but also called Black Widow a “standalone franchise”!

“I am very excited about Florence Pugh. She is my co-star in the Black Widow standalone franchise, and I’m, you know, like learning from her,” Johansson says in the clip.

Related: Marvel’s Black Widow Will Release Early in the UK

In case you aren’t yet familiar with the upcoming Marvel film, the Black Widow synopsis is as follows:

In Marvel Studios’ action-packed spy thriller Black Widow, Natasha Romanoff aka Black Widow confronts the darker parts of her ledger when a dangerous conspiracy with ties to her past arises. Pursued by a force that will stop at nothing to bring her down, Natasha must deal with her history as a spy and the broken relationships left in her wake long before she became an Avenger. Scarlett Johansson reprises her role as Natasha/Black Widow, Florence Pugh stars as Yelena, David Harbour portrays Alexei/The Red Guardian, and Rachel Weisz is Melina.

Black Widow is slated to hit theaters on November 6, 2020.

Are you excited to see Black Widow when it hits theaters later this year? Let us know in the comments below.