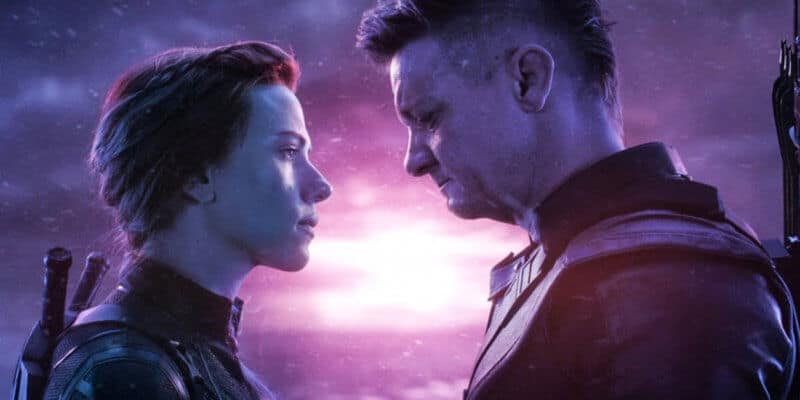 For fans of the Marvel Universe, Natasha Romanoff/Black Widow’s (Scarlett Johansson) death in Avengers: Endgame (2019) was tragic in the final theatrical cut. The film also saw the loss of other characters, including Tony Stark/Iron Man (Robert Downey, Jr.) and Vision (Paul Bettany).

Here, we dive into the death scene that was included in Endgame, the deleted scene that could have changed the emotions surrounding Romanoff’s death, and the Black Widow movie that will join the Marvel Cinematic Universe on July 9, 2021.

What happens in Black Widow’s original death scene in the MCU?

After a serious fight with her beloved friend, Hawkeye/Clint Barton (Jeremy Renner) over who should be the one to die, Natasha Romanoff made the heroic decision to sacrifice her life so the Avengers could get the Soul Stone, the orange Infinity Stone.

Natasha’s death, however, was not in vain. Per the MCU Fandom Wiki, the aftermath of her sacrifice had the desired effect, ultimately saving humanity from certain doom:

Clint Barton suddenly woke up in a pool with the Soul Stone in his hand. Barton mourned over Natasha Romanoff’s death before using his remaining Pym Particles to return to the present day. When the other Avengers asked him about why Black Widow did not come back, Barton was very reluctant to answer but explained what had happened to his friend nonetheless. They then mourned her together, and although Thor suggested that they could use the Infinity Stones they had brought to revive Black Widow, Hawkeye insisted that her sacrifice could not be undone. Hulk was also devastated by the loss of Romanoff, and stated that the Avengers had to make her sacrifice worth it.

To that end, the Soul Stone obtained from Romanoff’s sacrifice was placed within the Nano Gauntlet along with the other Stones gathered by the Avengers. This eventually resulted in the Blip which successfully brought back everyone who had fallen to the Snap, thus fulfilling Romanoff’s wish to do her part to save the world from Thanos’ actions.

What characters are involved in Black Widow’s original death scene in the MCU?

At the time of Romanoff’s death, Red Skull (Ross Marquand), Romanoff, and Barton are present on Vormir. The MCU Fandom Wiki explains:

As it turns out, however, there is a Black Widow alternate Endgame death scene. In this version of Romanoff’s demise, the female Marvel superhero still takes her dramatic leap off a Vormir cliff — and, Thanos makes a brief appearance alongside Red Skull, Romanoff, and Barton appear. There are also more distinct differences from the sequence MCU fans saw in theatres.

Popular YouTube channel New Rockstars shared the full version of the deleted scene, which you can watch below:

Related: Who Is Black Widow in the Marvel Cinematic Universe?

The biggest difference in Black Widow’s alternate death scene is that, before jumping, Natasha sustains intense injuries from Sakaaraan ships Thanos sent to attack her. The Marvel villain also a brief appearance in this alternate Black Widow and Hawkeye scene. He is not seen in the theatrical version.

The Sakaaraan fighter ships are identical to those Thanos sends after Natasha and Clint Barton (Hawkeye’s alter ego) in Guardians of the Galaxy (2014).

In the Avengers: Endgame commentary, screenplay writers Christopher Markus and Stephen McFeely discuss the Black Widow Vormir scene that made the final cut of the Marvel film, “We actually reshot this. This is much better than what we had. It was a little more complicated. It was Thanos sending a small army to pretend to try and stop them. It was sort of awkward. It was overthinking.”

Who is featured in Black Widow’s farewell movie?

When was Black Widow’s farewell movie originally scheduled for release?

Before fans have to say “Goodbye” to Black Widow for good, she will make one more appearance in the highly anticipated Black Widow prequel, which was originally set to release in theatres on May 1, 2020. Then, amid the COVID-19 pandemic, Walt Disney Pictures and Marvel Studios pushed the movie back to November 6, 2020 before delaying it a second time.

What is the current release date for Black Widow’s farewell movie?

The Black Widow movie is finally slated for a simultaneous release on Disney+ Premier Access and in movie theaters on July 9, 2021.

The film was directed by Cate Shortland.

What do you think about this alternate version of Black Widow’s death? Tell us in the comments!