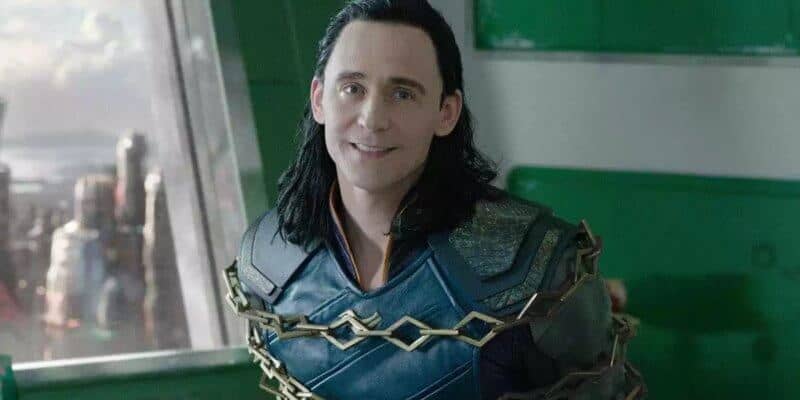 So far in the Marvel Cinematic Universe, fans have seen three actors take up the Captain America mantle — Steve Rogers (Chris Evans), Sam Wilson (Anthony Mackie), and John Walker (Wyatt Russell). Evans was first introduced in Captain America: The First Avenger (2011) with Mackie and Russell coming ten years later in The Falcon and the Winter Soldier. But, surprisingly, another MCU actor has also donned the famous stars and stripes at some point in Marvel’s cinematic history and the reason is incredible.

Tom Hiddleston gained worldwide recognition for his role as Thor Odinson’s (Chris Hemsworth) brother and the God of Mischief, Loki. First appearing in Kenneth Branagh’s Norse mythology epic, Thor (2011), Hiddleston reprised his role as the Asgardian trickster in the sequels Thor: The Dark World (2013) and Thor: Ragnarok (2013), as well as in Joss Whedon’s The Avengers (2012), and the Russo Brothers’ Infinity Stone saga two-part conclusion, Avengers: Infinity War (2018) and Avengers: Endgame (2019).

Loki will next appear in his own self-titled series which is created by Michael Waldron and directed by Kate Herron. It will premiere on Disney+ on Wednesday, June 9, setting a new schedule for Disney+ releases after moving from their typical Friday air date.

The next MCU television series sees an alternate Loki land himself in the custody of the Time Variance Authority (TVA) where the villain faces deletion from reality after stealing the tesseract (again). Loki introduces Owen Wilson’s character, Mobius M. Mobius, into the MCU, as well as other big names like Gugu Mbatha-Raw and Richard E. Grant. Sophia Di Martino also joins the cast in the Disney+ series in an undisclosed role, although all signs point to her taking on the character of Lady Loki.

Despite all the Loki excitement in anticipation of the fan-favorite trickster god hitting the small screen — possibly for multiple seasons –, Marvel star Tom Hiddleston has recently shared that once upon a time he actually became Captain America.

Speaking to Entertainment Weekly, the British actor shared an anecdote from the set of Alan Taylor’s Thor: The Dark World about the time he became the Avenger in order to provide material for Evans to impersonate:

“[That] was a very strange and surreal moment, nevertheless enjoyable. So I got to feel whatever the feeling of wearing that suit [is], which is definitely a moment,”

Hiddleston opens up about how his take on Captain America influenced Evans’ performance:

“Then, they played that footage to Chris, and he did his best impression of me doing an impression him, and he does it brilliantly.”

It’s interesting that Hiddleston comments on the feeling of wearing the Captain America suit as though it has defied its fictional purpose, and what it represents in the Marvel universe, to also mean something particularly powerful in the real world. Marvel fans are likely to have Evans to thank for that after his long tenure as Marvel’s First Avenger.

The MCU seems to be crowded with Captain Americas right now, so don’t expect Asgard’s Loki to don the star-spangled costume for any future Marvel projects. But, if you do want to see what Hiddleston looks like in Captain America’s famous outfit and wielding the shield then Marvel Entertainment actually shared the behind-the-scenes footage back in 2014. You can watch it here:

Not much is known about Loki’s future following his television debut in the Loki series, although the Loki trailer output has given fans lots to think about. There are increasing signs that Hiddleston will reprise his Marvel Comics character in the Doctor Strange sequel, Kevin Feige’s Doctor Strange in the Multiverse of Madness (2022) alongside Benedict Cumberbatch’s Stephen Strange and Elizabeth Olsen’s Wanda Maximoff / Scarlet Witch.

What’s next for Captain America?

The MCU recently got a new Captain America after Sam Wilson / Falcon finally accepted the heroic mantle following Steve Rogers’ departure as the famous Avenger in Avengers: Endgame. Although it took Sam a while to find his place as the new hero — and there was the John Walker hurdle too — Marvel fans were ecstatic when it did happen in the season finale of Malcolm Spellman’s The Falcon and the Winter Soldier.

Mackie’s Cap is likely to star in the recently announced Captain America 4 project, although it’s still unconfirmed whether Mackie’s co-star, Sebastian Stan (Bucky Barnes / Winter Soldier), will join him in the fourth installment.

Would you like to see more of Tom Hiddleston as Captain America?