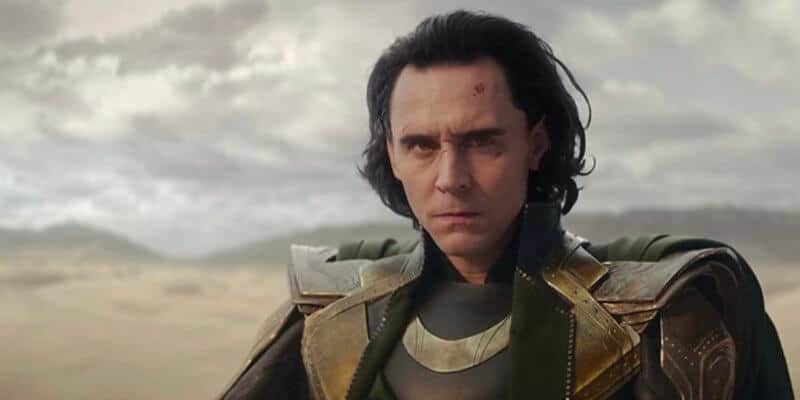 With another Marvel television show in the bag, fans are anxiously waiting for the next small-screen return to the Marvel Cinematic Universe. The MCU’s foray into original streaming — as well as its first Phase 4 outing — began in January with the sci-fi suburban sitcom, WandaVision, and continued with the recently wrapped The Falcon and the Winter Soldier.

Both shows were met with commercial and critical acclaim, although the finale of Anthony Mackie’s and Sebastian Stan’s The Falcon and the Winter Soldier left some critics underwhelmed and produced Marvel’s first “Rotten” episode.

Next up in Marvel’s Phase 4 is Tom Hiddleston’s Loki. The series is already garnering a huge buzz. From seeing the Multiverse in motion to anticipating who is going to make a cameo, Marvel fans are ramping up their excitement to see more of the fan-favorite God of Mischief.

First introduced in Kenneth Branagh’s Thor (2011), as the brother of Chris Hemsworth’s titular God of Thunder, Tom Hiddleston’s Loki made quite the first impression in the Norse mythology based franchise. The character went on to star in both Thor sequels — Thor: The Dark World (2013) and Thor: Ragnarok (2017), the latter of which was directed by Taika Waititi, who will also direct the fourth installment, Thor: Love and Thunder (2022). Loki also starred in The Avengers (2012), Avengers: Infinity War (2018), and Avengers: Endgame (2019) — the latter saw him battle Thanos alongside his Norse God brother.

And if one Loki wasn’t enough, according to this Marvel Comics update, another one may be coming soon…

Yes, Lady Loki first appeared in 2008 when Loki shape-shifted into the human female body intended for Lady Sif — the Asgardian warrior and friend of Thor. And it seems like Lady Loki might be coming back into the mainstream.

Comic book fansite, Bleeding Cool, shared an update on the upcoming “Lady Loki: Mistress of Mischief” collected edition by J. Michael Straczynski and Olivier Coipel. They suggested that Marvel Comics “have told retailers that they are rush-publishing the new Loki collection”, seemingly in order to get the Asgard story in front of Marvel fans as soon as possible.

It is worth noting that the official release date for the “Lady Loki: Mistress of Mischief” is still slated for July 2021, but this report could suggest a move by Marvel to be prepared for other plot-related media to be available when the Loki television series airs in June.

Previews World shares the synopsis for the Loki spin-off comic.

Loki reborn! When the Asgardian cycle of life begins again after Ragnarok, Thor’s brother Loki comes back as…Thor’s sister! Loki returns with a sense of purpose, seeking a fresh start to write her story anew. Loki first became the mistress of mischief in these epic tales from J. Michael Straczynski and Olivier Coipel’s legendary run, now collected in LOKI: MISTRESS OF MISCHIEF TPB

This interesting report aligns itself with the unexpected sell-out of multiple plot-related comic books and graphic novels related to Marvel’s premiere Disney+ show, WandaVision. The original streaming show — which reunited fans with Elizabeth Olsen’s Wanda Maximoff / Scarlet Witch and Paul Bettany’s Vision — debuted in January as the launch of Marvel’s Phase 4 slate. The television show was so popular that many of the related comic book stories sold out, leaving Marvel out of stock for months.

In March, Gamesradar reported that:

Marvel Comics has informed retailers that its four primarily WandaVision-related comics collections sold out at the distributor level back in February, and new printings won’t be ready until the end of April.

The WandaVision comics included “The Vision Complete Collection”, “Vision & Scarlet Witch: The Saga of Wanda and Vision”, “House of M” and “Scarlet Witch: The Complete Collection”. We know that while Mephisto didn’t make an appearance in the MCU show — much to the chagrin of some fans — other characters like Agatha Harkness (Kathryn Hahn) did. So, the question presents itself — is Marvel prepping for an outpouring of interest in Lady Loki due to her appearance in the highly anticipated, yet highly guarded Asgardian television spin-off?

Reports already circulated that the Loki actress Sophia Di Martino (Yesterday) had been cast as Lady Loki due to some leaked on-set photos last year, although Marvel has never confirmed this. So, this Marvel Comics publishing rush could signal the alternate trickster God’s arrival in the MCU.

The Loki Disney+ series — which is created by Michael Waldron and directed by Kate Herron — also features Owen Wilson’s character Mobius M. Mobius, as well as Gugu Mbatha-Raw and Richard E. Grant in undisclosed roles. Loki will give Marvel fans the first in-depth look at the infamous Multiverse, and take a deeper look into the historical events of the Marvel universe.

The new series will move away from Disney’s classic Friday air day for new releases and instead arrive on Wednesdays, with the first episode beginning on June 9, 2021. Recent reports also suggested that Marvel is gearing up for a multiple-season run for Loki. The series is executive produced by Marvel Studios President Kevin Feige.

Do you think Lady Loki will appear in the Loki Disney+ series?