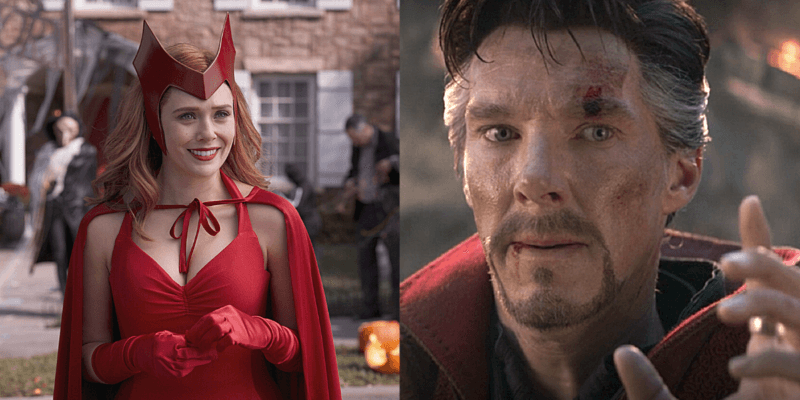 Some fans felt the finale failed to “stick the landing” with a final episode that was conspicuously missing a major Marvel Cinematic Universe cameo that fans were hoping for. While the reveal of Marvel fan-favorite Agatha Harkness (Kathryn Hahn) as the series’ big bad satisfied on some levels, many fans were hoping for a deeper connection to Marvel villain Mephisto or the introduction of X-Men characters into Marvel Cinematic Universe continuity.

By far the favorite cameo pick among Marvel fans was the Sorcerer Supreme himself, Doctor Stephen Strange (Benedict Cumberbatch). Wanda Maximoff (Elizabeth Olsen) is already committed to appear in the sequel to Doctor Strange (2016),  the upcoming Sam Raimi-helmed Doctor Strange in the Multiverse of Madness, set to premiere in March 2022. Based on that fact alone, it would stand to reason that WandaVision could be the perfect lead-in for Doctor Strange 2.

In a print interview with Rolling Stone (via /Film), Kevin Feige said that the creative team behind WandaVision had every intention of including Doctor Strange in the series. In fact, those creepy commercial breaks featured in the early episodes were originally conceived of as Doctor Strange’s attempts to break through the contrived reality of Wanda Maximoff with subtle coded messages that fit into her sitcom format. Reportedly, Marvel Studios and Benedict Cumberbatch went so far as to finalize a deal for Doctor Strange to appear in the WandaVision finale.

Ultimately, the creative team scrubbed the Doctor Strange’s appearance. They felt like they were rehashing an old, clichéd trope – the white guy savior.

In the interview, Feige explained,

“Some people might say, ‘Oh, it would’ve been so cool to see Doctor Strange. But it would have taken away from Wanda. We didn’t want the end of the show to be commoditized to go to the next movie – here’s the white guy, ‘Let me show you how power works.’”

The show made a choice to emphasize that WandaVision was truly Wanda’s journey. To contradict that idea by having Doctor Strange fly in and mansplain magic to Wanda Maximoff at the show’s conclusion would have no doubt taken the focus off of Wanda and stripped her of her agency as a powerful Avenger in her own right, the chaos magic wielding Scarlet Witch.

The series was lauded for its exploration of grief and mental health as it told the story of Wanda Maximoff struggling to come to grips with the death of her beloved Vision (Paul Bettany), who was put down by Thanos in Avengers: Infinity War (2018).

Kevin Feige and his team of blockbuster-makers rarely seem to make the wrong decision. The Marvel Cinematic Universe has arguably never been more popular. With MCU streaming projects WandaVision and The Falcon and the Winter Soldier — starring Anthony Mackie as the newest Captain America, and Sebastian Stan as Bucky Barnes — pulling huge audiences, Marvel is continuing to push the envelope with new, innovative content.

Marvel Studios recently made huge waves by releasing a Marvel Cinematic Universe Phase 4 sizzle reel, that announced their entire upcoming slate of films, including Black Panther 2 (Wakanda Forever) and Captain Marvel 2 (The Marvels) and revealed the first footage of Marvel’s The Eternals (2021).

What do you think? Should WandaVision have stuck with Doctor Strange as the finale’s cameo? Or did they make the right call? Let us know in the comments!