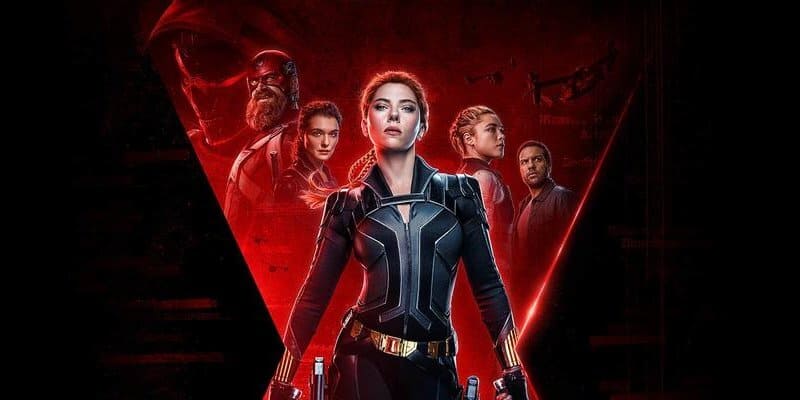 In just one video, Marvel made our wildest dreams come true when they announced dates for most of the upcoming Marvel Cinematic Universe Phase 4 films and teased new footage that we can look forward to over the next two years.

Phase 4 will truly be a different era of the Marvel Universe, with different heroes leading the franchise and a more diverse slate of films. But one of the biggest ways that it will be different is that for the first time, the television side of the Marvel Cinematic Universe will directly intersect with the main slate of films.

Since the inception of Disney+, Kevin Feige has made it very clear that this interconnection will be strong and something that fans should take note of.

“They will all, for the first time, interlink. So the MCU will be on your TV screen at home on Disney+, and interconnect with the movies, and then go back and forth. It’s exciting to expand the MCU to even bigger and better heights.”

We’ve already seen these connective pieces take place in WandaVision (with the introduction of Monica Rambeau, the multiverse, and Wanda’s Scarlet Witch ascension) and in The Falcon and The Winter Soldier (with Sam Wilson taking over the Captain America mantle.)

But with all the new films on the horizon, there’s definitely going to be a lot of overlap of content—and it’s really exciting to look at how everything will intersect.

When Black Widow debuts on July 9, it will introduce Yelena Belova (Florence Pugh)—a character who will also appear in the upcoming Hawkeye series set to debut sometime in late 2021.

Yelena’s inclusion in Hawkeye makes sense, as she’s a connective tissue between Clint Barton (Jeremy Renner) and Natasha Romanoff (Scarlett Johansson), and we’ll already have her backstory and foundation from Black Widow to work with. Don’t be surprised if Yelena is a major character going forward, both in the films and in the Disney+ series, especially since she’ll also be connected to Kate Bishop in Hawkeye.

We already know that Captain Marvel’s sequel will be focused on more than just Carol Danvers (Brie Larson.) WandaVision introduced Monica Rambeau (Teyonah Parris) and set up her “connection” to the Skrulls, who Nick Fury (Samuel L. Jackson) has been hanging out with in space. And the logo in The Marvels clearly indicates what Feige announced during Disney Investor Day last year: Kamala Khan, AKA Ms. Marvel (Iman Vellani), will have a role in the upcoming film.

Ms. Marvel will debt on Disney+ in 2021, long before The Marvels premieres on November 11, 2022—giving the show the perfect set-up for the character (and maybe some potential Inhuman storylines?) before she hits the big screen.

Doctor Stephen Strange (Benedict Cumberbatch) has some new allies after Avengers: Endgame, and we already know Wanda Maximoff and her new Scarlet Witch powers are going to play a huge role in the film. WandaVision already set up Wanda’s story, and the ending of the series — her learning about her new powers in hopes of trying to bring back her sons Billy and Tommy — was essentially a cliffhanger lead-in to the film that will arrive on March 25, 2022.

Guardians of the Galaxy Holiday Special

Directed and written by James Gunn and filmed at the same time as Guardians of the Galaxy Vol. 3, the holiday special that debuts on Disney+ in 2022 will undoubtedly have some connective threads to the third Guardians film that will arrive a year later. Exactly what connective threads or characters it will introduce are still unclear, but we could very well see some characters from other Disney+ shows showing up and overlapping with their stories.

No, a Young Avengers film hasn’t been officially announced. But there’s no mistaking that pretty much all the Disney+ series are clearly building the foundation to introduce one of the most iconic teen superhero groups, probably in the next phase of the MCU.

We’ve already seen multiple character introductions and we know we can expect to see more as the Disney+ series premiere: Billy and Tommy in WandaVision, Eli Bradley in Falcon and the Winter Soldier, Kate Bishop in Hawkeye, America Chavez in Doctor Strange in the Multiverse of Madness, Lady Loki in Loki, and Kamala Khan in Ms. Marvel.

What Disney+ show are you most looking forward to in Phase 4 of the MCU? Let us know in the comments!