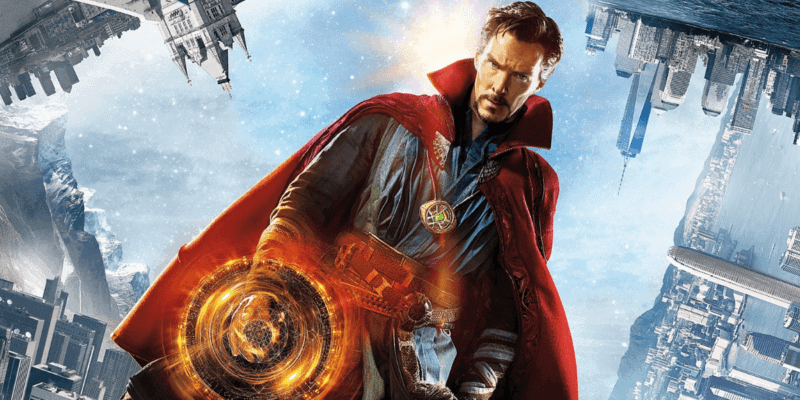 Luckily Marvel President Kevin Feige already let everyone know that she won’t be gone for long. She is scheduled to return in just a year with Doctor Strange in the Multiverse of Madness when it releases on March 25, 2022.

Marvel Studios has kept a lot of the plot details for the Doctor Strange (2016) sequel starring Benedict Cumberbatch as the Sorcerer Supreme. But based on the title and that sneaky nexus Easter Egg in WandaVision, we know that Doctor Stephen Strange will be taking on a multiverse level threat even bigger than Dormammu.

Now we might have gotten our first look at some of the characters we know will appear in the Phase 4 Marvel film. In the Tweet below, you can see some concept art that appears to have been leaked.

Idk if this is official concept art for the mcu shows/movies, but I love this pic.twitter.com/bv7dyX85bA

Along with concept art for the upcoming Hawkeye and Ms. Marvel Disney + original series, the blurry images reveal some key details about the much anticipated Doctor Strange in the Multiverse of Madness. (You’ll have to squint a bit to make it out.)

Some fans believe the above picture shows Wanda Maximoff teaming up with Doctor Strange, but the image looks more like Benedict Wong’s Wong. Her costume looks to be pulled almost exactly from her Scarlet Witch regalia from the WandaVision finale, but she is missing her crown and the neckline appears to be a bit different.

It does seem strange that she would be depicted alongside Wong, who is Doctor Strange’s right-hand man. Perhaps it is a new character that she meets in her mountainside cabin during her new magical studies. Another hint that the man in blue is not Wong is that there is another image in the concept art that also appears to be him.

The other image of Wong shows him in a completely different costume. He could be sporting different looks throughout Doctor Strange in the Multiverse of Madness. One or the other could be a new character or even one of the pieces could be of Wong from another reality.

Cumberbatch’s Doctor Strange is sporting his usual blue attire with the Cloak of Levitation.

It also seems as though fans are finally given a glimpse of Xochitl Gomez as America Chavez/Miss America. As seen above, the Young Avenger is donning her comic book accurate denim jacket. Chavez will be the first character introduced from another reality in the MCU. She was born in a dimension called the Utopian Parallel and has the ability to kick star-shaped holes in reality — useful for a trek through the multiverse.

This blurry image appears to be Baron Mordo (Chiwetel Ejiofor). He is taking another step towards a comic book accurate costume as he assumes his villainous role. We haven’t seen Mordo since he walked away from the Sorcerer Supreme at the end of Doctor Strange.

Last but not least the concept art above shows the very first idea of what Clea will look like in the Marvel Cinematic Universe. Though no confirmed actress has been cast to play the sorceress, fans have theorized that they will combine her character with Rachel McAdams’s Christine Palmer. Both are love interests for Doctor Strange from Marvel Comics and McAdams has been confirmed to return.

Missing from the roster of concept art is Voodoo, who is rumored to appear. Sometimes known as Brother Voodoo or Doctor Voodoo, he is another of Marvel’s most powerful magic users. He at one point becomes the Sorcerer Supreme after Doctor Strange.

All in all, though the images are not of the best quality, they still reveal some of what Marvel fans can expect from Doctor Strange in the Multiverse of Madness. It’s also not entirely clear if this concept art is real or not, but if it is leaked artwork, then it certainly can get fans excited for what’s to come.

Stay tuned to Inside the Magic for the latest Marvel news.