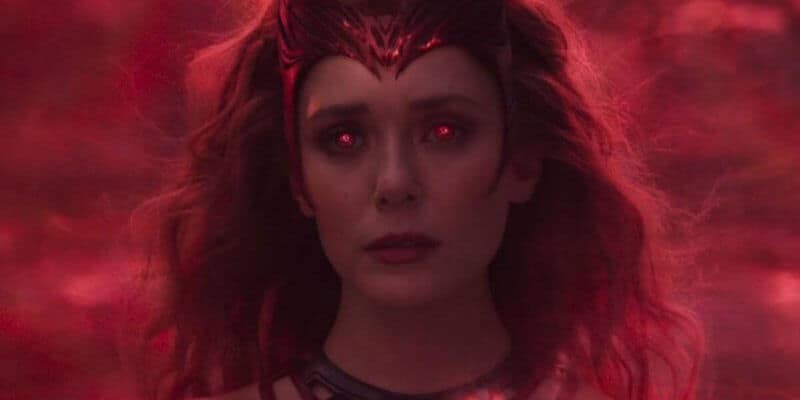 Marvel’s first Disney + exclusive series, WandaVision, may have dropped its final episode, but the events of the nine-episode run will be felt throughout the rest of the next phase of the Marvel Cinematic Universe.

However, you felt about the series finale, the cathartic end of WandaVision did a lot more than resolve the grief that Wanda Maximoff / Scarlet Witch (Elizabeth Olsen) was processing inside her reality-warping “Hex” — a world she created based on classic television sitcoms. Fans had countless theories for how the long-awaited return to the MCU following the pandemic would give them a glimpse into what is to come.

There was no final secret cameo setting up the X-Men’s introduction in the upcoming The Mutants and Doctor Stephen Strange (Benedict Cumberbatch) did not show up to begin the story of Doctor Strange in the Multiverse of Madness (March 2022). However, director Matt Shakman spent the final moments of the Marvel series setting up Wanda’s return in the Doctor Strange sequel.

Related:‘WandaVision’ Who Is Monica Rambeau?

In their climactic battle, Agnes/ Agatha Harkness (Kathryn Hahn) revealed that her spell book was the long-rumored Darkhold. The Darkhold is a very significant source of magic in the Marvel comic book universe. Its connection with the demon Chthon might reveal who the villain will be in the next Doctor Strange.

Introduced in 1972’s Marvel Spotlight #4, the Darkhold has also been called “The Book of Sins” just as Agatha called it in WandaVision. The Elder God Chthon created it as a conduit to Earth and is full of dark and powerful spells.

In one iteration of the comics, Chthon is also responsible for Wanda becoming the Scarlet Witch, the strongest Avenger because he imbued Wanda as a child with his own chaos magic. If the term “chaos magic” sounds familiar that is because Agatha called Wanda’s powers “chaos magic” during their final battle.

Having Agatha mention both the Darkhold and chaos magic seems to strongly indicate that Chthon is on his way to the Marvel Cinematic Universe. Agatha’s reaction to Wanda fully becoming the Scarlet Witch during their battle could mean that by accepting her powers, Wanda has unleashed Chthon.

In the comics, Chthon lives in the K’lay, also known as the Other-Realm, The Flickering Realm, or the Dark Realm. In the MCU, he will probably come from the Dark Dimension like Dormammu, since the Darkhold has appeared in multiple properties and is connected to the Dark Dimension.

Wanda’s birthplace in her comic book origin is Wundagore Mountain — this may be where she is the final post-credit scene of WandaVision. This mountain is a place on earth where Chthon can influence events because the walls of reality are thinner there.

All this indicates that Kevin Feige is setting up Chthon as the main antagonist for Doctor Strange in the Multiverse of Madness. Wanda will most likely release him from the Dark Dimension using the Darkhold.

Doctor Strange and the Multiverse of Madness

The Darkhold will most likely show up in Doctor Strange in the Multiverse of Madness alongside Elizabeth Olsen’s Scarlet Witch. The post-credit scene following the WandaVision series finale set up the return of Wanda and Vision’s (Paul Bettany) sons, Billy (Julian Hilliard) and Tommy (Jett Klyne).

In the scene, Wanda is seen astral projecting to study the Darkhold, reminiscent of a similar scene in Doctor Strange (2016) where Benedict Cumberbatch’s character does the same thing to learn magic at an accelerated rate. It has already been confirmed Wanda will be in the movie.

Related:  How Wanda Maximoff Can Retcon the MCU

The Sorcerer Supreme might have his own connection to the Darkhold in the MCU already. Fan theories are already circulating that one of the books stolen from Kamar-Taj mentioned by Wong (Benedict Wong) was the Darkhold, but that is not the only place the book has shown up in the Marvel Cinematic Universe so far.

The Darkhold was the central part of an ongoing storyline in Marvel’s Agents of SHIELD, and it was established that it was created in the Dark Dimension. The arc followed Ghost Rider / Robbie Reyes (Gabriel Luna) and the rest of the team tracking down the book before it could be used for evil.

However, it was used to create the virtual reality of the Framework as well as the evil LMD Aida before Reyes could take it back to where it belonged. Its sudden appearance in WandaVision could imply that ABC’s Agents of SHIELD is no longer canon.

But, that is not necessarily true. The Darkhold can change its appearance and the last few seasons of SHIELD messed around with alternate timelines, so it could all just have happened in another universe.

Related: Is Quake From ‘Marvel’s Agents of SHIELD’ Getting a Disney+ Series?

This story could have taken place in the main MCU timeline — the arc of SHIELD that featured the Darkhold took place in the MCU’s year 2016, while the events of WandaVision take place in 2023, leaving plenty of time for Agatha to retrieve the book from the Dark Dimension.

Even Ghost Rider actor Gabriel Luna joked on Twitter that that is what happened saying “under my mattress might not have been the best hiding place.”

Okay y’all, I’ll admit it. Under my mattress may not have been the best hiding place.

Writing off something in SHIELD is not as simple as it might be for some Marvel Netflix shows. SHIELD was built around the idea that it took place in tandem with the Marvel movies and events in the movies deeply impacted the plot. It is rumored that either Daisy Johnson / Quake (Chloe Bennet) or Agent Phil Coulson (Clark Gregg) could return in the upcoming Disney + series Secret Invasion.

The Darkhold was also featured on Hulu’s Runaways. Runaways is technically set in the Marvel Cinematic Universe, but it lives in a nebulous area like Daredevil and The Defenders where it does not directly interact with the films. So, anything that happened in this show could easily be made non-canon, but it does provide some clues as to how the Darkhold works.

Runaways revolves around a group of young powered/gifted children of villains. After learning the truth about their parents, the kids run away from home (thus the name). One of the kids is Nico Minoru (Lyrica Okano), who is a powerful magic user in Marvel Comics. It is worth noting she uses purple magic similar to Agatha’s.

In the Runaways third season, which takes place in 2019, Nico and the kids steal the book from Morgana Le Fey. They establish Morgan Le Fey is also from the Dark Dimension where the Darkhold was last seen in SHIELD. The show also establishes that it is possible to copy the Darkhold since the spell Nico casts is done using a video recording of the book.

Related: ‘Marvel’s Runaways’ gets renewed for a second season on Hulu

All in all, the Darkhold is connected to multiple villainous magic users in Marvel history. But by giving it to Wanda in the WandaVision finale and putting Wanda in a remote mountainous cabin that most likely is Wundagore, Marvel is setting up Chthon’s introduction for Doctor Strange.

Rumors around Multiverse of Madness speculate that it will have a much darker tone and will explore the more mystical side of Marvel Comics. Chthon and the Dark Dimension would fit perfectly in this speculated plot.

Tell us in the comments below if you are excited to see Chthon in the Marvel Cinematic Universe?