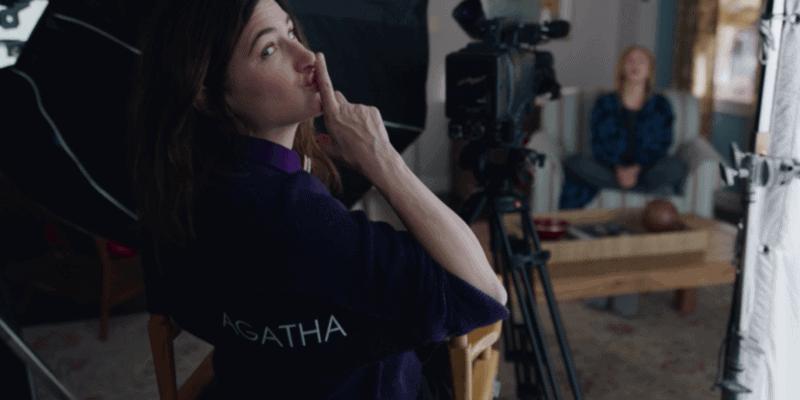 The final episode of Marvel’s first exclusive Disney + series WandaVision looms over the horizon. The past eight weeks have inspired so many Marvel fan theories that, now as the show is wrapping up, it’s hard to figure out what to expect from the finale.

Director Matt Shakman has said that all the theorists are just setting themselves up to be disappointed. He told Entertainment Weekly:

“I know there are so many theories out there; there will be a lot of people who will no doubt be disappointed by one theory or another. But we’re always telling this story about Wanda dealing with grief and learning how to accept that loss, and hopefully, people will find that the finale is surprising but also satisfying and that it feels inevitable because it’s the same story they’ve been watching the whole time.”

For certain, a single moment can be completely overanalyzed, such as that mysterious engineer that did not turn out to be Reed Richards / Mr. Fantastic. And with only one episode left, it seems unlikely Mephisto will ever show up. However, when has a wrong theory ever stopped someone from making a new one?

With that in mind, we’re breaking down all the possibilities for who could be that one last secret Luke Skywalker-level cameo who could still show up on the final episode of WandaVision.

Paul Bettany (Vision) said in a recent interview with Esquire that the cameo would be with him acting against “an actor I’ve longed to work with all of my life. We have some amazing scenes together, and I think the chemistry between us is extraordinary and fireworks on set.”

In the shocking post-credits scene at the end of episode 8, WandaVision revealed that Director Hayward and SWORD had created a stark-white version of The Vision for their purposes. Now, fans believe that Bettany was trolling them and the secret cameo will be him acting against himself. It seems very likely, so we’d say this is 90% plausible.

Now, as a matter of fact, we know this is 100% the case. Bettany himself confirmed that he was the WandaVision cameo he hinted at. DiscussingFilm shared on Twitter:

Paul Bettany confirms the secret #WandaVision cameo he was hinting at was himself. “They were guessing people like Benedict Cumberbatch or Patrick Stewart, I was thinking, ‘God, that’s a good idea’, they’re gonna be so disappointed when they find out it’s me.”

Paul Bettany confirms the secret #WandaVision cameo he was hinting at was himself.

“They were guessing people like Benedict Cumberbatch or Patrick Stewart, I was thinking, 'God, that's a good idea', they're gonna be so disappointed when they find out it's me.”

It is worth noting, however, that before this confirmation, there were multiple other theories that emerged about who the cameo could be. Here, we explore how plausible they were before Bettany’s statement. Plus, never say never when it comes to Kevin Feige and Co. surprising us with one more character appearance in tomorrow’s finale episode.

The next most likely theory making circles around the internet is that Benedict Cumberbatch could show up as Doctor Strange. We know that Elizabeth Olsen will be showing up in Doctor Strange in the Multiverse of Madness as Wanda Maximoff / Scarlett Witch. The events of WandaVision will lead directly into the sequel.

And Marvel fans are also preparing themselves for a tragic ending to WandaVision. The comic books that inspired the series are notoriously grim and Wanda has already experienced deep loss in the Marvel Cinematic Universe. This is another blow to her delicate psyche could push her over the edge and cause her to rip open the multiverse.

Perhaps Doctor Strange or even Wong could show up to try to stop Wanda’s cataclysmic response to the possible loss of her soulmate and children. It is worth noting that Bettany and Cumberbatch have actually never shared a scene in the MCU. Still, in our opinion, it’s 85% plausible that Cumberbatch could make a cameo in the finale.

Again, following the reveal of White Vision at the end of last week’s episode, Marvel fans are theorizing that while the body appears to look like the Vision, it will actually be Ultron. James Spader voiced the evil robot in Avengers: Age of Ultron (2015).

Many believe that Ultron was not given his due in the film which introduced Vision, Wanda, and Pietro / Quicksilver to the Marvel Cinematic Universe. However, Bettany shared a pivotal moment with Spader at the end of the filming, killing the last vestige of Ultron, although Spader only provided a voice.

In the world of WandaVision, Wanda and Vision are trapped inside Wanda’s hex, living out idealized suburban lives based on classic sitcoms. The first episode is a direct reference to the Dick Van Dyke Show, and it is later revealed that it is Wanda’s favorite television series as a child.

Dick Van Dyke was previously consulted by WandaVision director Shakman when they were writing the show. Could they have filmed a secret scene where he appears to Wanda in the midst of a complete mental breakdown in the final episode? This might not be likely, but Disney does love to de-age people just like they did for Luke Skywalker in The Mandalorian.

Now that Wanda has finally been given a chance to shine and Evan Peters’s returned to play a fake version of Pietro created by Agatha Harkness (Kathryn Hahn), fans want more mutants.

In the comics, Wanda / Scarlett Witch is the daughter of Magneto, the leader of the Brotherhood of Evil Mutants. While Wanda never appeared in any of Fox’s Legacy X-Men films, now that Marvel and Disney have the rights again it is only a matter of time before she is reunited with her father.

But that time is probably not now. There simply isn’t enough time left in the series to introduce mutants to the Marvel Cinematic Universe and resolve all the ongoing conflicts between Agatha and Wanda, Monica Rambeau (Teyonah Parris) and Hayward, and Vision and White Vision, plus whatever fake Pietro was up to last week.

This most unlikely theory that has been making the rounds on Reddit says that Loki might show up at the end of WandaVision. A blink and you’ll miss it reference to “mischief” by Wanda’s mother in the flashback gave new life to this theory.

It basically says that after Loki’s time with the TVA he will send a future Wanda back to herself when she was experimented on by the Mind Stone. Both the TVA and Wanda are connected to the Nexus from the Episode 7 commercial.

Another possibility is that there is no final cameo and the rumors from after Evan Peters’s first appeared have just spread like wildfire.

Let us know in the comments below if you have any other theories for who could show up in the final episode of WandaVision.

Comments Off on Who Is the ‘WandaVision’ Secret Finale Cameo?