'WandaVision' Episode 3 Sets Up Major Character Return - Inside the Magic 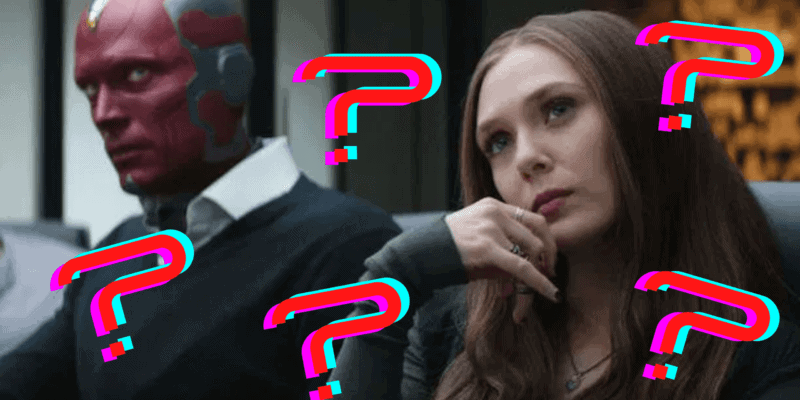 It’s all starting to heat up in Westview! WandaVision Episode 3 saw things beginning to unravel for Wanda and Vision and a couple more hints of just what the heck is going on for us in the audience.

However, the installment also mentioned some notable Marvel Cinematic Universe characters that suggest some crazy developments may occur over the next few weeks.

Marvel fans know that Scarlet Witch/Wanda Maximoff made her on-screen debut in 2015’s Avengers: Age of Ultron. While the focus of that particular film definitely wasn’t on her and brother Pietro/Quicksilver (Aaron Taylor-Johnson), the two still made an impression. As you might recall, they initially sided with the villainous AI-turned-robot supervillain Ultron (James Spader)

However, after realizing his plans to destroy their home of Sokovia, the “enhanced twins” joined the Avengers in defeating him. Sadly, Quicksilver doesn’t make it through the battle of Sokovia and ends up being killed by one of Ultron’s drones. Since then, both Pietro and Ultron have only occasionally been referenced due to the Joss Whedon film’s middling success compared to the likes of Infinity War and Endgame.

However, the third episode of WandaVision explicitly mentions Ultron, with “Geraldine” (aka Monica Rambeau) confronting Wanda with the memory of her brother’s death. After her own twins’ rapid birth, Wanda mentions that she herself is a twin, mentioning Pietro. Geraldine then says “he was killed by Ultron” with a serious look.

So what? The MCU references itself all the time

It sure does. But, with all of the talk of WandaVision leading into Doctor Strange and the Multiverse of Madness and the show expanding on Wanda’s seemingly limitless power, this could lead to something huge. We’ve already heard that Evan Peters has been rumored to be making an appearance and Pietro’s early namedrop could indicate things to come.

For those who don’t recall, Peters portrayed Pietro in 20th Century Fox — now 20th Century Studios — X-Men series. He first appears in X-Men: Days of Future Past and later turns up in Apocalypse and Dark Pheonix. Peters’s take on Quicksilver has been widely regarded as a more compelling version of the character after Taylor Johnson lacked screen-time and was quickly killed.

With the multiverse looking like a more and more likely possibility, it’s not unreasonable to think we might get a version of Pietro in WandaVision, regardless of who plays him. Of course, Marvel could shock us all with a surprise Ultron reveal, though that seems less likely.

All of this makes us even more excited for WandaVision Episode 4!

WandaVision is exclusive to Disney+. It stars Paul Bettany as Vision, Elizabeth Olsen as Scarlet Witch/Wanda Maximoff, and Tenoyah Parris as Monica Rambeau.

What do you think? Could these Age of Ultron characters reappear? Let us know in the comments below.

Comments Off on ‘WandaVision’ Episode 3 Sets Up Major Character Return