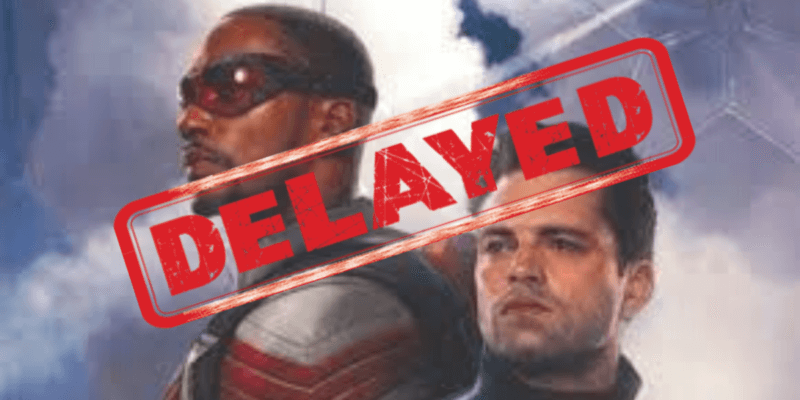 Disney+ has officially removed its highly-anticipated show The Falcon and the Winter Soldier from its August release slot.

The episodic expansion of Marvel’s Cinematic Universe starring Anthony Mackie as Sam Wilson/Falcon and Sebastian Stan as Bucky Barnes/Winter Soldier was set back in production to the point where it could no longer meet its original summer release.

According to Deadline, production of the show was first delayed because of a 6.4 magnitude earthquake in Puerto Rico in January, and after filming in Atlanta, moved to Prague where production was then delayed further by the ongoing global pandemic. There is still unfinished filming left to do in both Georgia and Czech locations.

But this is the only one of Disney+’s upcoming Marvel films to be pushed back at this point. Its other show WandaVision starring Paul Bettany as Vision and Elizabeth Olsen as Wanda Maximoff/Scarlet Witch is still on track for its December release.

There is no word on Disney+’s third Marvel project, Loki.

All three projects take place in the MCU and will connect to upcoming movies.

Related: ‘The Falcon and the Winter Soldier’ Reportedly Getting Name Change for Season 2

Last month, we at Inside the Magic shared that both The Falcon and the Winter Soldier and WandaVision would both reportedly premiere on time, but only release half a season at first. Now we see that not even half of Bucky and Sam’s adventures will be released yet. No new release date has yet been announced.

For those Disney+ fans now concerned about other upcoming shows, the sensation, Star Wars: The Mandalorian finished filming just before the pandemic and is still on track to premiere its second season in October.

What do you think about the delay of The Falcon and the Winter Soldier? Were you expecting it? Let us know in the comments!

Comments Off on ‘Falcon and Winter Soldier’ Disney+ Premiere Delayed