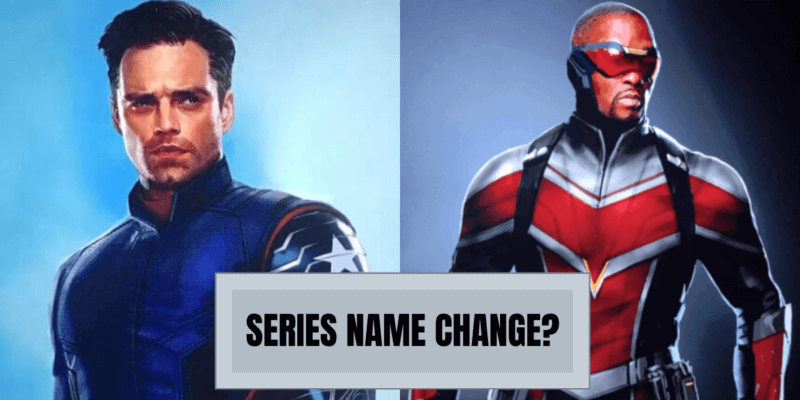 Marvel’s The Falcon and the Winter Soldier is still on course for the fall release of season 1 on Disney+. But talk has already begun about season 2 and where season 1 will leave off.

According to the podcast Murphy’s Law, host Charles Murphy explained that season 1 will leave main characters Sam Wilson and Bucky Barnes (the Falcon and the Winter Soldier, respectively) in such a different situation that it could warrant an entire name change.

“Coming out of season one, [Bucky Barnes and Sam Wilson] are going to have gone through something traumatic and be different. There was definitely at one point a plan for a second season… If they did have season two, it wouldn’t be called The Falcon and the Winter Soldier Season 2, it would be a thematically related thing with a different name.”

However, nothing is has been confirmed yet by Disney or Marvel. However, after the events of Avengers: Infinity War and Endgame, one is left wondering what Murphy means by “traumatic.”

Sebastian Stan (Bucky Barnes/The Winter Soldier) was able to shed some light on what to expect from season 1, but doesn’t say much.

According to Comicbook.com, he said:

“It’s going to be so cool and kind of crazy. All I can say is it’s just new and different from what you’ve seen so far. I mean, it will be totally in line with everything that has happened and what we’ve seen and so on, but these characters are getting such additional mileage in terms of learning about who they are now, what they feel, what they’re thinking, and there’s a lot of action, comedy, you know there’s going to be comedy. I feel like you’re going to be happy. I think you’re going to be very happy. And there’s some crazy stuff, like stuff you don’t see coming from anywhere.”

Related: Was “Loki” Already Renewed for Season 2 on Disney+?

But this is only the latest rumor to involve The Falcon and the Winter Soldier. Earlier, Inside the Magic shared the report that while Marvel’s highly-anticipated Disney+ show was still scheduled for a fall release, only half of the season will arrive. The reason being that the show was not able to complete filming before the global pandemic shut down production, and Disney+ is desperate for new content.

Like all rumors, they will likely be confirmed or debunked soon enough, whether Disney or Marvel address them directly, or the series speaks for itself. At this point, only time will tell.

Can you see The Falcon and The Winter Soldier getting a new name for season 2? What do you think it would be? Let us know in the comments!