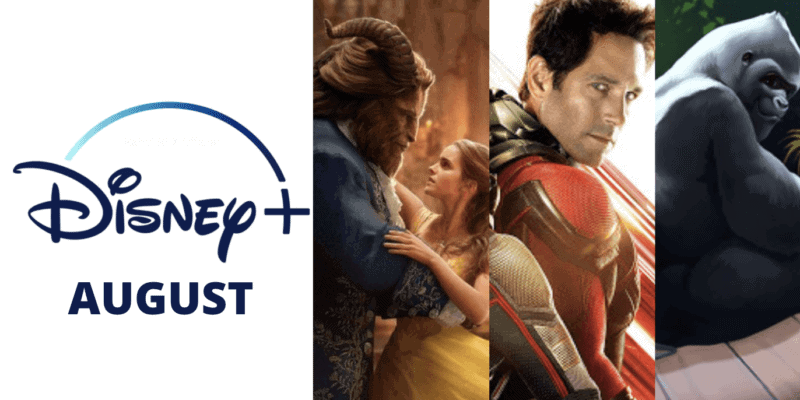 Every month, new content hits the Walt Disney Company’s streaming platform, Disney+. In July, you can expect a number of highly anticipated titles, including Solo: A Star Wars Story.

Here, we take a look at what’s coming to Disney+ in August 2020. This list will continue to be updated as Disney provides information about additional titles.

Prince of Persia: The Sands of Time (US)

Released in 2010, Prince of Persia: The Sands of Time follows the story of Prince Dastan and Princess Tamina who team-up to defeat his evil uncle, Nazim.

A continuation of the One Day at Disney documentary, this series of shorts will follow Walt Disney Company employees who work in a variety of roles, from behind the scenes on production sets to on-screen to in Disney theme parks. One short will release weekly in August.

Ant-Man and the Wasp (US/Canada)

Marvel fans will be excited to finally see Ant-Man and the Wasp (2018) on Disney+. It follows Scott Lang (AKA Ant-Man) as he defies house arrest to help the Wasp and her father, Dr. Hank Pym, enter the quantum realm to rescue her long-lost mother.

The One and Only Ivan (Global)

Based on the novel of the same name by K.A. Applegate, The One and Only Ivan was originally slated for a theatrical release. Disney executives and the team behind the movie only recently made the call that it would debut on Disney+ instead.

The One and Only Ivan follows the story of a 400-pound gorilla who shares a habitat with Stella, an elephant, and Bob, a dog. The story follows the adventures of these lovable animals as they try to get back to the jungle where Ivan belongs.

Beauty and the Beast (US)

The 2017 live-action version of Beauty and the Beast will finally be hitting Disney+ in late August. Featuring Emma Watson as Belle, Josh Gad as LeFou, and Emma Thompson as Mrs. Potts, this beautiful rendition of the classic fairytale is perfect for the whole family.

Alice Through the Looking Glass (US)

Showcasing Johnny Depp as the Mad Hatter, this sequel to the 2010 live-action Alice in Wonderland will arrive on Disney+ the last Friday in August. Alice Through the Looking Glass tells the story of Alice and Hatter trying to protect him from the Red Queen.