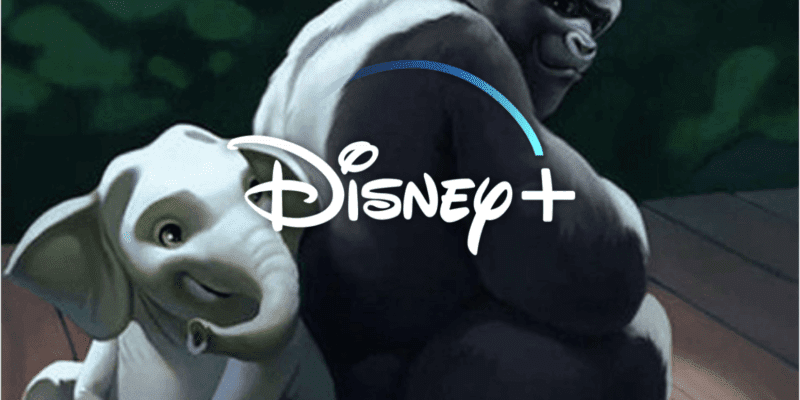 The Walt Disney Company has once again updated its theatrical film release schedule. Following the Disney+ debut of Artemis Fowl yesterday, June 12, the film studio will be sending another movie straight to Disney+ instead to theatres.

The One and Only Ivan was originally slated to premiere in movie theaters on August 14, 2020, but will now exclusively premiere on the Disney+ streaming platform on August 21.

The official synopsis of The One and Only Ivan is:

“A gorilla named Ivan tries to piece together his past with the help of an elephant named Stella as they hatch a plan to escape from captivity.”

Based on a book by Katherine Applegate (writing as K.A. Applegate), the Disney movie version of The One and Only Ivan was directed by Thea Sharrock and one of the producers was Hollywood A-lister Angelina Jolie.

Sharrock issued a statement about the decision to release new Disney movies directly to streaming, saying, “The world has changed in a heartbeat. People all over the globe have shared important, life-changing experiences in ways we have not seen for a century.”

She continued, “In response to this, I am so happy that we can share Katherine Applegate’s delightful and original story, The One and Only Ivan with the world this August on Disney+, bringing some joy through this unique movie of true friendship, inspired by a true story.”

With many movie theatres, including North American giants AMC and Cinemark, set to launch their phased reopening plans in June and July, there are still more questions than answers about the movie theatre industry will rebound after the pandemic forced them to close early in 2020.

Although there have been no official statements from theater executives regarding the streaming launch of The One and Only Ivan, AMC CEO Adam Aron previously banned Universal films from AMC screens following the streaming release of Trolls World Tour.

Currently, Walt Disney Studios has not announced changes to the theatrical release of the live-action Mulan on July 24.

What do you think about The One and Only Ivan releasing directly to Disney+?

Comments Off on Disney Sends Another Movie Straight to Disney+