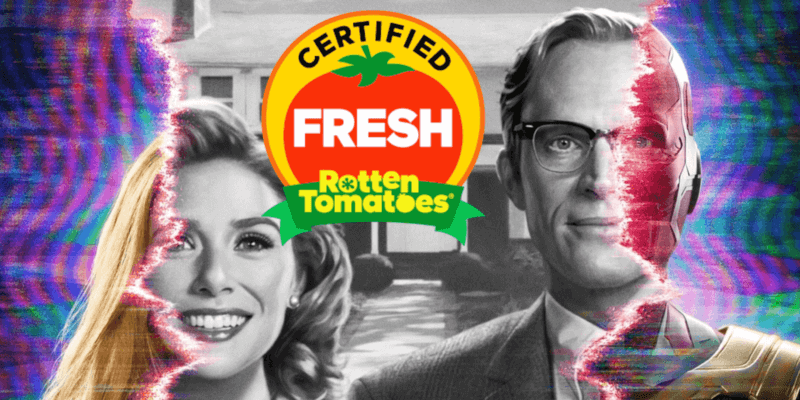 WandaVision reactions are here, and they’re pretty staggering. Today, Twitter has been blowing up as Marvel fans across the world finally returned to the MCU after a year and a half of waiting.

The first-ever Marvel Studios produced television series seems to be checking off all of the boxes for these fans, and we can’t say we disagree.

WandaVision reactions are coming in hot!

It was initially meant to be The Falcon and the Winter Soldier that introduced us to the Disney+ Marvel series. Fortunately, Vision and Scarlet Witch have done a sterling job in Sam and Bucky’s place.

The first two episodes of WandaVision dropped today, and they’re truly unique. Personally, I loved the strange tone and vibrant world created by Kevin Feige and company. And I clearly was not alone! Check out what these fans had to say about the Disney+ original on Twitter.

After watching the first 2 episodes of #WandaVision and desperately wanting more. pic.twitter.com/Olaa9cgnNa

WE HAVE TO WAIT A WHOLE WEEK FOR THE NEXT EPISODE..I DONT THINK ANY OF US CAN LAST THAT LONG #WandaVision pic.twitter.com/590EsVBnNU

This is Monica Rambeau appreciation tweet I love her #WandaVision pic.twitter.com/YTDc43A68S

Everyone after watching the ep.2 #WandaVision pic.twitter.com/Q1x8pAojTU

The first two episodes are a definite blend of charming and eerie#WandaVision pic.twitter.com/VDVLkLIyrq

It looks as though fans are loving the show already considering these strong reactions we see above — Of course, this could be because we’re all so hungry for more Marvel content. However, the series has certainly hit a chord with Marvel fans and put Vision and Wanda Maximoff in a new light. Wanda and Vision have both certainly had their moments, though the latter’s death in Infinity War saw him seemingly leave the MCU. It’s great to see Marvel’s coolest robot back in action. Well, suburban action, at least.

Yet, it’s not just the characters that people are enjoying.

It’s the enticing question of what is going on in this show that really has people talking. While we’re all assuming the same thing (as seen in Marvel comics), how exactly it will be executed is a mystery. And what was with that wild dinner scene?! It’s certainly taking the Marvel Cinematic Universe to an exciting new place.

Me waiting for next Friday already #WandaVision pic.twitter.com/YTuiG2EVLX

me working my theories after watching only 2 episodes of #WandaVision pic.twitter.com/wQjZ5ruLKy

After watching the first 2 episodes of #WandaVision pic.twitter.com/IyrOgV2i2u

After watching the first 2 episodes of #WandaVision and desperately wanting more. pic.twitter.com/Olaa9cgnNa

#WandaVision is wacky and eerie as fuck, love it. And man it feels good to see that MCU intro again after 1,5 year!! pic.twitter.com/jizjrXhsQT

It’ll unfortunately be a while until we’re able to get some concrete answers, however, with how well Marvel has pleased the fans, don’t throw anything off the table. Will we see Quicksilver return? Maybe. We could possibly even see links to Doctor Strange 2 and maybe an appearance from Cumberbatch himself? This is only rumored at this point, but who knows!

The Matt Shakman directed show is a slow burn at the moment, but expect things to ramp up over the next seven episodes. With rumors of Evan Peters returning, we could be in for a wild ride. There has even been rumor of a hidden villain, but we’ll leave it there for people who haven’t read the comics!

We know just as little as you, and we can’t wait to find out more.

Do you agree with these WandaVision reactions? Let us know in the comments below.