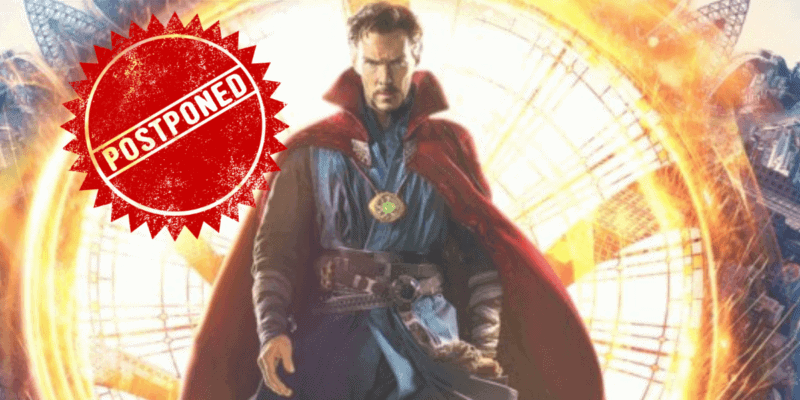 As the United Kingdom enters another nationwide lockdown in response to the resurgence of the coronavirus, film production across the nation has been shuttered, including Doctor Strange in the Multiverse of Madness.

“Since the hospitals are overwhelmed here, we can’t go back to work until that calms down,” Olsen said. “So just safely hanging out here, and really grateful I get to be working. Disney has kept me busy during quarantine.”

There is no word at this time when production will be able to recommence, nor how this shutdown will affect the film’s release — which is currently set for March 25, 2022.

You can watch Kimmel’s full interview with Olsen here:

Directed by Sam Raimi, Doctor Strange 2 is set to see Benedict Cumberbatch reprise his role as Sorceror Supreme, as well as the return of Benedict Wong, Rachel McAdams, and Chiwetel Ejiofor. Xochitl Gomez will also be joining the cast as Marvel hero America Chavez. Olsen is already set to reprise Wanda Maximoff/Scarlett Witch alongside Paul Bettany’s Vision in the upcoming Disney+ original series, WandaVision set to premiere on January 15, 2020. It has already been confirmed that WandaVision will lead directly up to the beginning of Doctor Strange in the Multiverse of Madness.

Marvel Studios’ Doctor Strange sequel is also not the only project beneath the Disney umbrella underway in the U.K. at this time. Disney’s latest live-action remake, The Little Mermaid starring Halle Bailey began shooting last year at London’s Pinewood Studios. But the U.K.’s initial shutdown put the project on hold and while voiceover work has been able to continue, on-set production was still on hold hoping to restart at the end of 2020.

We at Inside the Magic will continue to keep our ears to the ground and update our readers on movie news as it continues to come to light.

Are you surprised Doctor Strange in the Multiverse of Madness closed production again? Why or why not? Let us know in the comments!