'WandaVision' Takes an Exciting Step For the MCU - Inside the Magic 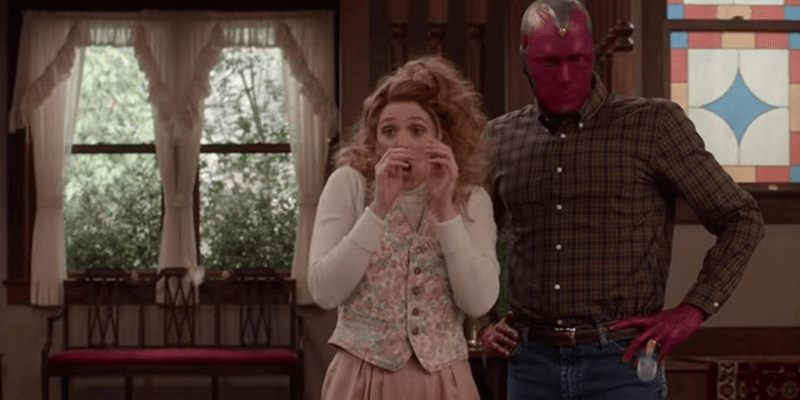 The first Marvel project in over 18 months is here, and so is our spoiler-free WandaVision review. Well, a review of the first two episodes at least.

Disney is finally delivering the goods and treating us to our first-ever Disney+ series from Marvel Studios.

Paul Bettany and Elizabeth Olsen lead an ensemble cast in their first appearances since Avengers: Infinity War and Avengers: Endgame. But do the first two episodes live up to the hype? Let’s discuss.

WandaVision is shaping up to be unlike anything in the Marvel Cinematic Universe.

Without giving too much away, this show is different. If Guardians of the Galaxy and Doctor Strange showed that Kevin Feige and company could produce “out there” content, WandaVision sees them fully embrace the MCU’s stranger side.

Stranger, bolder, and more ambitious than anything we’ve seen yet, WandaVision is what Marvel desperately needed: variety. It benefits from its episodic format as it seems each episode will take us through a different period with a different comedy show as its basis.

The show’s choice to set the first two episodes in black and white is cool enough, but the attention to detail in recreating the aesthetics and scripts of older shows like I Love Lucy, Leave it to Beaver, and The Brady Bunch is just fantastic. It’s exciting to see which kind of shows Vision and Wanda will show up in next. We don’t want our WandaVision review to give too much away, though!

Paul Bettany and Elizabeth Olsen are at their absolute best in WandaVision.

It’s no secret that many Marvel fans felt Elizabeth Olsen’s Wanda Maximoff / Scarlet Witch has been a little directionless since the events of Avengers: Age of Ultron. Despite being the strongest Avenger, that is. Her blossoming romance with Vision in Captain America: Civil War and Avengers: Infinity War was undoubtedly interesting, but she’s never been the focus of an excellent story.

Ditto with Bettany’s Vision. Fans loved him in Age of Ultron and Civil War. Yet, in Infinity War he goes down pretty quickly and spends most of the movie on an operating table before being unceremoniously killed off by Thanos.

WandaVision seems to be rectifying these issues as Marvel finally gives both Olsen and Bettany a chance in the spotlight and a fantastic script. They’re therefore able to flex those acting muscles and be all at once funny, charming, and endearing. It helps that the first two episodes don’t have any action, so it’s all about character, character, character. Well, and setting up the details of what exactly is going on in this Twilight Zone-esque reality.

WandaVision is taking risks — and that’s a good thing.

It is refreshing to see Marvel doing something different with their superheroes. Though we were sceptical about the shift from film to television, the series doesn’t feel slow or drawn out. Of course, that can change as we see the subsequent seven episodes, but the first two were a delight to watch.

We hope that this is Marvel’s goal from now on: to create unique, risk-taking television and movies that incorporate different genres, styles, and influences to deliver diverse content. It’s no coincidence that two of the most successful solo movies Thor: Ragnarok and Black Panther challenged the formula and introduced wild new elements, characters, and settings. More of this, please.

Perhaps the future of the MCU is on the small screen. We’ll have to wait and see if WandaVision sticks the landing, but it has certainly has us excited for The Falcon and the Winter Soldier and all of the other Marvel shows coming to Disney+.

What do you think of WandaVision so far? Did you enjoy the first two episodes? What are your predictions for the rest of the season?

Comments Off on ‘WandaVision’ Takes an Exciting Step For the MCU