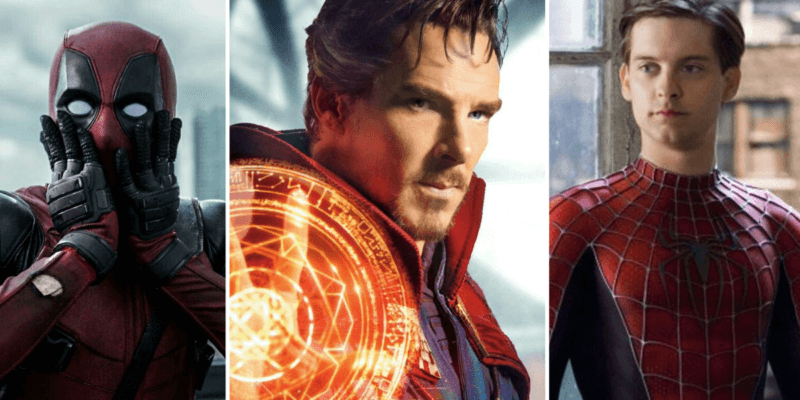 Doctor Strange in the Multiverse of Madness is currently set to release on March 25, 2022. Lead actor Benedict Cumberbatch stated that the sequel would begin filming “late October or early November,” according to Digital Spy.

The pre-production for Doctor Strange 2 has been a bumpy journey, with the director Scott Derrickson leaving the project in January 2020 and the initial release date being pushed into 2022.

Marvel fans were pleased to find out that the director of the original three Spider-Man films, Sam Raimi, has become the director for Doctor Strange in the Multiverse of Madness. With that news came many speculations that actor Tobey Maguire would once again play Spider-Man on the silver screen, but nothing’s been confirmed by Marvel.

Marvel also announced that the head writer for the upcoming Disney+ shows Loki, Michael Waldron, to write the film.

There looks to be more good news for Doctor Strange in the Multiverse of Madness. Google currently says that actors Tobey Maguire, Andrew Garfield, and Ryan Reynolds are part of the upcoming Marvel sequel cast.

Now, this news should be taken with a pinch of salt. Nothing has been confirmed by any of the actors, nor their representatives. Marvel has neither confirmed the cast update for Doctor Strange in the Multiverse of Madness. A previous incident like this occurred with Hugh Jackman rumored to appear in Avengers: Endgame, but Marvel never confirmed it (and it didn’t happen!).

Tobey Maguire has backed off on making movies recently, while Andrew Garfield and Ryan Reynolds are working on upcoming pictures like Free Guy.

At the moment, you can Google the cast for Doctor Strange in the Multiverse of Madness, and Google states that actors Tobey Maguire, Andrew Garfield, and Ryan Reynolds are apart of the film.

However, it doesn’t seem that it’s an easy accident to put these specific actors in the cast list of Marvel’s upcoming Doctor Strange 2 movie. On top of that, there have been many recent rumors that the “Spider-Verse” could appear in Spider-Man 3.

Earlier this month, rumors broke out that Andrew Garfield and Tobey Maguire could appear in the upcoming Spider-Man 3 film after Doctor Strange actor Benedict Cumberbatch appeared in the new MCU flick.

Fans speculate that the new Spider-Man movie will be very closely tied into Dr. Strange in the Multiverse of Madness.

Rumors began to circulate after the release of Spider-Man: Far From Home that the Marvel character Deadpool, played by Ryan Reynolds, would finally enter into the MCU through a Spider-Man film. While this, too, is a rumor that’s not been confirmed by Marvel nor the actors, Ryan Reynolds has been advocating for Deadpool to be included in the Marvel Cinematic Universe.

With this Google update, it’s a possibility that the “multiverse” Doctor Strange travels through includes the two previous Spider-Men(?) and Deadpool. With the recent acquisition of 20th Century Studios, Marvel President Kevin Feige has shared his excitement of adding X-Men, The Fantastic Four, and Deadpool characters into the MCU. Doctor Strange is the best way to introduce these characters with his Time Stone.

Having Deadpool, Quicksilver, and Professor X join the MCU battle with Spider-Man, Thor, and the Winter Soldier all make perfect sense. After all, the X-Men and the Fantastic Four fought with the Avengers in Marvel’s Infinity Gauntlet comics. Could this mean these new superheroes join the fight for future villains like Galactus?

These actors’ appearance on the Doctor Strange 2 cast list should be taken very lightly. Still, Marvel’s Doctor Strange in the Multiverse of Madness would be the perfect segway into Marvel’s Phase 4 edition of Fox’s previously owned characters.

Benedict Cumberbatch’s Doctor Strange is a fan favorite, and we can’t wait to see if he shares the screen with actors Tobey Maguire, Andrew Garfield, and Ryan Reynolds!

Do you think these actors will be in Doctor Strange 2? Let us know in the comments below!