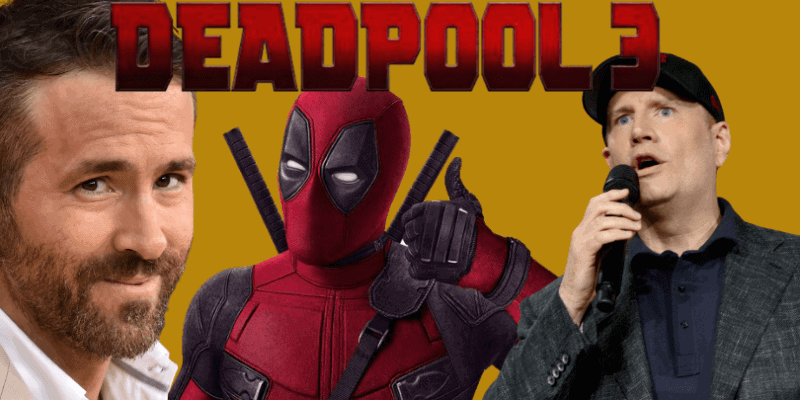 Where is Deadpool 3? Lately, it seems like the whole team working on the film is no closer to starting to work on it, including Deadpool himself, yet Disney has made no kind of official announcement about the film’s release. While this is sad news for fans wanting to see Ryan Reynolds in Deadpool 3, the actor did at least offer up an amusing tweet this week that shows he’s always got the right idea about how to play the superhero.

Deadpool series star Ryan Reynolds decided to celebrate the ‘leakaversary’ of footage from the first Deadpool film with an amusing tweet that satirizes the popular ‘Unsolved Mysteries’ tv show. Take a look:

It’s why the next #Deadpool film is taking so long. Still trying to solve this. Happy #Leakaversary pic.twitter.com/w6Ld5NhKYu

He then goes on to comment that his search for the infamous leaker – which is quite likely to be Reynolds himself – is the reason for Deadpool 3‘s delayed release.

In reality, the delay likely has much more to do with Disney’s acquisition of 20th Century Fox.

When will Deadpool 3 be released?

Deadpool fans saw so many Marvel characters in the spotlight in 2019’s Avengers Endgame, but since 2018’s Deadpool 2, ‘the merc with the mouth’ has been worryingly absent.

While many are unsure if he’d fit in the kid friendly Marvel Cinematic Universe, there are Marvel fans who think Deadpool taking on the role of the late cameo king Stan Lee is a great idea.

As for the studio itself, we really don’t know how Marvel feels about a third installment of the franchise. Reynolds initially confirmed that the third film would indeed come from Marvel Studios, presumably putting the hero alongside Doctor Strange and every other MCU character.

Deadpool made box office history by becoming the highest grossing R rated movie ever, until is was overthrown by Deadpool 2 and even more recently, 2019’s Joker took over that mantle.

We also reported that the original film‘s creator blamed Marvel Studios for the sequel’s stagnation, while another writer confirmed that Deadpool 3 will ‘absolutely be R Rated’.

We even heard that Hugh Jackman’s Wolverine could join the sequel, despite being killed off in 2017’s Logan. For now, we’ll have to continue to wait and see.

Would you like to see Ryan Reynolds in Deadpool 3? Did you laugh at his tweet? Let us know in the comments below.

Comments Off on Ryan Reynolds Speaks out on ‘Deadpool 3’