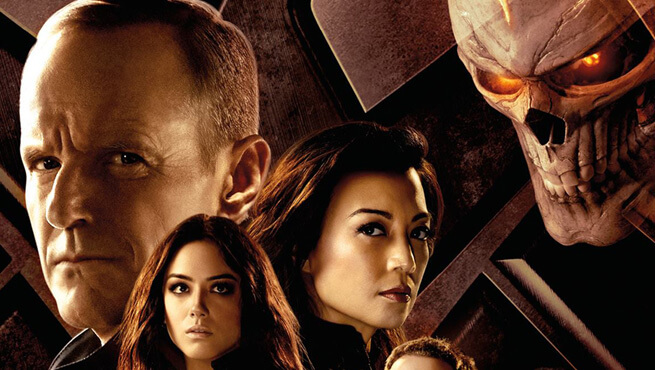 Yesterday, we dropped the first-ever image of Marvel’s new Ghost Rider appearing in Season 4 of Agents of S.H.I.E.L.D. Now, we have a super-fancy new poster featuring a wicked-looking close-up of his skull.

The detail that went into bringing Robbie Reyes’ version of the character to life is simply stunning. Between the characteristic pointed eyes and the large teeth, this doesn’t only look like it was ripped straight out of the comic book, it looks to be a respectful transformation of the character to a real world universe. I can’t wait for this new season to start! What will the new season hold for the first Marvel Cinematic Universe canon version of Ghost Rider? It’s anybody’s guess — but at least we know he’ll look totally awesome. Marvel’s Agents of S.H.I.E.L.D. returns September 20th on ABC. In the meantime, stick with Inside the Magic for all things fun and awesome.

Comments Off on New poster for Marvel’s ‘Agents of S.H.I.E.L.D.’ features Ghost Rider!