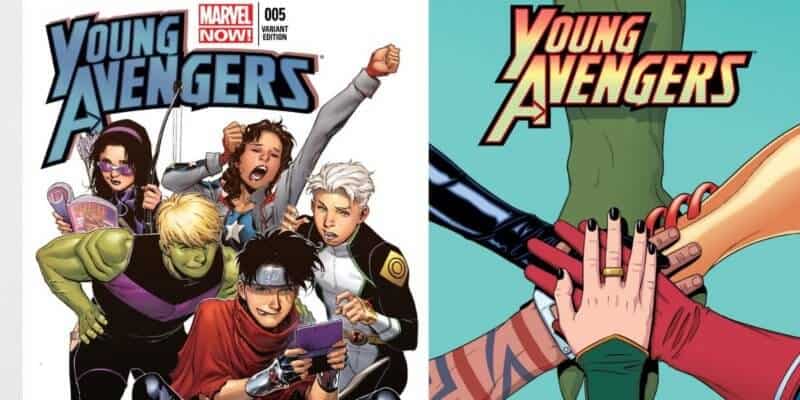 Avengers, assemble! Rumors are starting to surface that the Young Avengers could soon be joining the Marvel Cinematic Universe.

At first, it was reported that the Young Avengers would get their own film, but now we are starting to hear they may be starring in a brand new television series that would be part of Disney’s new streaming service, Disney+.

It wasn’t long ago that we learned Hailee Steinfeld could be joining the MCU as Kate Bishop in the new Disney+ series “Hawkeye”, who would also be part of the “Young Avengers” group (if the rumors become true).

In the “Young Avengers” comics, this group also consisted of Hulkling, Iron Lad, Patriot, and Wiccan. The introduction to these characters may not be that far off considering “WandaVision” is set to showcase the return of Vision (played by Paul Bettany) and Wiccan is the offspring of Scarlet Witch. Also, thanks to Skrulls being introduced in “Captain Marvel,” we can also expect to see a Hulking introduction.

Marvel Studios is very busy these days as they gear up for several original series set to be released on Disney+. Let’s take a look at some of the projects MCU fans can look forward to:

Disney+ is set to launch in the United States on November 12.

Do you want to see “Young Avengers” series come to Disney+?