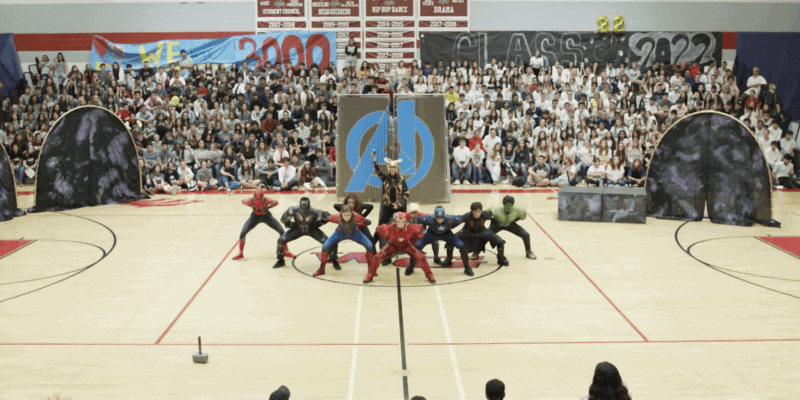 Everyone loves a good dance routine, especially when they are performed by young, talented high school students.

Last year, the students of Arizona’s Walden Grove high school put on a “Harry Potter” themed Homecoming dance routine that went viral and this year, they are back at it again.

The talented PAC dance team decided to take their latest routine to new heights this year by pulling off a perfectly choreographed “Avengers” themed homecoming routine.

Everyone knows and loves the superheroes who are part of the Marvel Cinematic Universe and these students decided to bring them to life with their own twist and some stellar moves.

The full routine can be found below and is truly out of this world. The students bring the audience and viewers on an intergalactic trip by referencing both box office hit films “Avengers: Infinity War” and “Avengers: Endgame“.

Join the dancers as they face one of the most iconic villains in the MCU, Thanos, and his minions while songs like “Snap Yo Fingers” and Madonna’s “4 Minutes” plays in the background.

Watch these incredible dancers show off their spectacular moves and one-of-a-kind choreography.

This amazing dance routine shouldn’t come to a surprise as they are also know for pulling off a magical “Harry Potter” routine last year and in 2016, they showed off their love for “Monsters Inc.” and “Toy Story” in a perfectly planned Pixar themed routine.

The PAC Dance Team even found their way onto NBC’s “America’s Got Talent” performing a two minute dance number called “A Fantastical Journey” to songs like Fergie’s “Fergalicious” and 69 Boyz’ “Tootsie Roll”. These young and talented group of students have also won several state dance championships, which comes to no surprise.

Established in 2011, Walden Grove High School, located in Sahuarita Arizona, is a public education establishment and lives by their motto, “Be More Than You Think You Are” – A great motto to live by and to teach young high school students.

What do you think of this “Avengers” themed Homecoming dance routine?