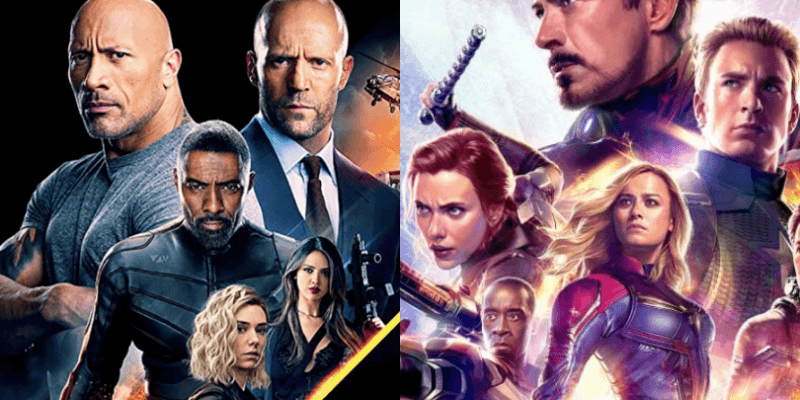 We know what you’re thinking: didn’t “Avengers: Endgame” just beat “Avatar” and become the highest-grossing movie of all time? Yes, that record still holds true, but check this out. “Endgame” was only at the top of the worldwide box office charts for three consecutive weeks. Now, “Hobbs & Shaw” has beaten out “Endgame” since it has maintained its place at the top of the global box office for over four weeks. “Hobbs & Shaw” is the first movie of 2019 to achieve this record–not even another Marvel film has done that.

To celebrate, Dwayne “The Rock” Johnson took to Instagram to share his excitement for the film. Johnson plays Luke Hobbs in the film and is a fan-favorite actor worldwide, so it’s no wonder the film is such a huge success so far with Johnson in a leading role. Here’s what the actor had to say in celebration of the film’s achievement. In the video, he even points out how the Universal film beat out the record set by the Marvel heroes.

??? Hobbs & Shaw sets new 2019 box office record for being the #1 movie in the world, for four weeks in a row. Besting previous three week record held by Avengers, Spider-Man and Captain Marvel. Records are made to be broken, so I look forward to the next great movie giving us a run, kickin’ my ass and takin’ the crown ? Thanks everyone for the amazing support and hope you had a fantastic Labor Day with your loved ones. Now back to my labor ?? #hobbsandshaw #1 ?

With a movie that will be as expectedly huge as “Frozen 2” hitting theaters this November, we suspect that “Hobbs & Shaw” will be beaten out by the new animated Disney flick, but it’s too soon to tell. So far, “Hobbs & Shaw” has made around $687 million worldwide, and it’s clear that it will be even more successful than that. But will it become the highest grossing movie of all time like “Endgame” since it’s the number one movie at the box office for four weeks running? We’re not so sure.

What do you think of the new 2019 box office record set by Universal’s “Hobbs & Shaw”? Let us know in the comments!

Comments Off on “Hobbs & Shaw” beats out “Avengers: Endgame” at the box office