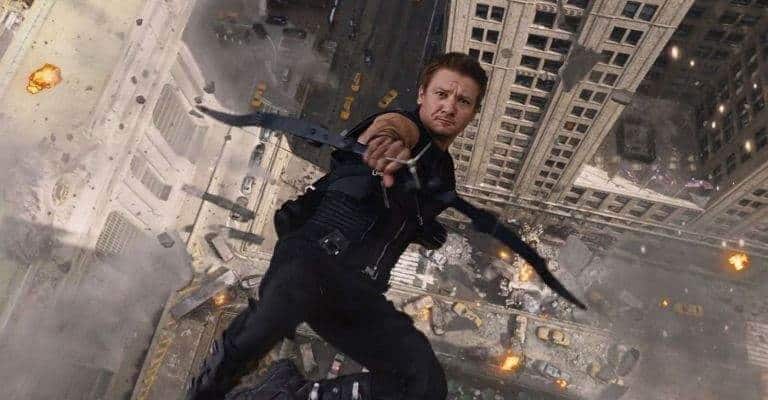 Last year, Variety magazine reported that a new series was in development at Disney+. The new series would focus on the Avenger Hawkeye/Clint Barton and would star Jeremy Renner, who played the superhero in many Marvel films, including The Avengers, Captain America: Civil War, and Avengers: End Game.

Variety has learned from sources that Disney’s upcoming streaming service is officially developing a limited series based on the archery ace Marvel character with Renner attached to star. The project is said to be an adventure series in which Clint Barton, a.k.a. Hawkeye, will pass the torch to Kate Bishop. Bishop is a Marvel Comics character who took up the Hawkeye mantle after Barton. She is also a member of the group known as the Young Avengers.

The Walt Disney Company, Lucasfilm, and Marvel are all notoriously good at keeping things under wraps that they want to be kept under wraps. This new MCU series is no exception.

Well, today Hawkeye star Jeremy Renner shared that he had officially wrapped filming on the series by sharing a selfie and a message on his Instagram stories.

Last day, for Now…This is not goodbye, but a see you soon. Thank you cast, crew and Marvel.

The picture featured Renner looking a little worse for wear, which makes us wonder just what happens to Hawkeye at the end of the series’ first season. Knowing Marvel, the cliffhanger will leave fans in shock and unable to think that they can wait until the next season — if there is one. At this time, plans for Season 2 have not been confirmed.

The Hawkeye series also stars Pitch Perfect star Hailee Steinfeld as Kate Bishop, who is part of the Young Avengers and partner to Renner’s Hawkeye. Steinfeld revealed her confirmed role in December 2020 in an Instagram post:

Incredibly excited to officially share this with the world…

Kate Bishop from the Marvel Comics universe is described as:

Haunted by the death of her mother and the crimes of her father, Kate Bishop rejected family wealth and embraced a heroic path. Inspired by her favorite Avenger, Hawkeye, Kate took up Clint Barton’s mantle when he was believed to be dead. As a member of the Young Avengers, Kate even earned the approval of Captain America himself. Since Clint’s return, he and Kate have shared their codename and even become partners. Now, Kate has relocated to Los Angeles and operates as an unlicensed private investigator and a heroine for hire.

It is worth noting that we don’t yet know how closely the MCU version of the character will adhere to the comics storyline. All we know so far about Hawkeye is that it will feature Kate and Clint teaming up to fight — something. Details about what the duo will be up against are scarce at the time.

Previously, it was reported that Hawkeye will take place in 2025, two years after Avengers: Endgame (2019), in which Natasha Romanoff/Black Widow (Scarlett Johansson) sacrificed herself to save Clint and give him the chance to get the soul stone. Marvel has not officially confirmed when Hawkeye will be set, however.

Florence Pugh will also star in the series and reprise her role as Yelena Belova, a character revealed in the new film Black Widow, which will premiere in theaters and on Disney+ on July 9, 2021. Given that Natasha and Yelena were close during Natasha’s life, it is not surprising that she will play a part in this upcoming series.

There is no official premiere date for Hawkeye series on Disney+.

Are you excited for the new Hawkeye series to premiere on Disney+? Let us know in the comments!