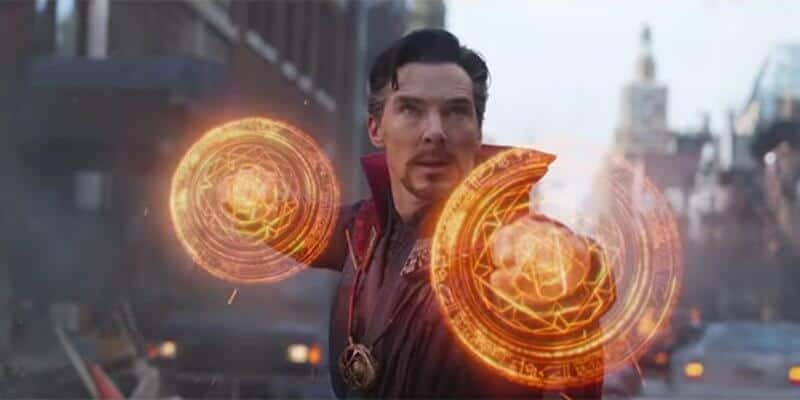 Director Sam Raimi recently touched on the high expectations fans have for Doctor Strange in the Multiverse of Madness (2022) and how the new Marvel movie is more important than his original Spider-Man trilogy.

During a promotional AMA for his new movie, Unholy (2021), Raimi shared on Reddit that the new Doctor Strange movie’s expectations are much higher than they were when directing Spider-Man (2002) and its successive sequels.

Reddit user @carolinagamecomics asked The Evil Dead director about the difference in directing a Marvel movie before the blockbuster superhero industry took off. Raimi admitted that “there were fewer expectations back then,” highlighting the added pressure in creating the culmination film to what Marvel fans are calling the “Multiverse Trilogy.”

Sam Raimi’s return to Marvel has been long-awaited and welcomed by Marvel fans of all ages, especially those who grew up with his Spider-Man trilogy, starring Tobey Maguire and Kirsten Dunst.

Raimi famously entered Marvel before the Marvel Cinematic Universe even began. Thanks to him, Iron Man and the rest of the MCU had a promising future in the box office. Before Raimi’s Spider-Man (2002), the superhero movie genre was a weakling in Hollywood; with flicks like The Fantastic Four (2005), Hulk (2003), and Daredevil (2003), Marvel had a dismal future in the film industry.

On the other hand, 20th Century Fox (now 20th Century Studios) had a day at the races with their X-Men film trilogy, shooting  Wolverine and the rest of his mutant friends into stardom.

Enter Sam Raimi in the early 2000s. Stan Lee entrusted the horror movie director with his favorite character, Spider-Man. The filmmaker broke through every preconception and barrier set before him and his Spider-Man films. Of course, there was pressure to produce a successful movie, but the MCU and the overwhelming amount of connecting themes, characters, and storylines weren’t a thing before 2008.

Before Andrew Garfield and Tom Holland took Peter Parker’s mantle, Tobey Maguire helped usher in a wave of superheroes that changed how Hollywood went about making movies. Accumulating in Avengers: Endgame, Marvel is hitting the reset button with films like Spider-Man: No Way Home (2021) and Eternals (2021) and starting a new storyline.

Flash forward nearly 20 years, and Sam Raimi has found himself back in the Marvel director chair. This time, he’s leading Marvel’s first horror film — which is perfect, especially since horror flicks are his specialty. But, Raimi is dealing with a full deck of superheroes this time around.

Fans will get to see Wanda Maximoff (and possibly Agatha Harkness) after WandaVision as she looks for her children, Billy and Tommy (AKA Wiccan and Speed). The film is expected to connect to the larger Marvel Cinematic Universe and finally introduce the multiverse, especially after Kevin Feige confirmed that WandaVision and Spider-Man: No Way Home ties directly into the Doctor Strange sequel.

Every Marvel fan hoped that Doctor Steven Strange would appear in a WandaVision episode or its finale, but in the finale’s post-credit scene, we see Wanda Maximoff tease a dark dimension that’s sure to be tied into Marvel Studios’s next superhero film.

With so much coming in Phase 4, fans can hardly wait for Marvel’s first horror movie, Doctor Strange in the Multiverse of Madness. Marvel currently reports that the movie will debut on March 25, 2022, but keep in mind this date could change. We’re sure ready to see Benedict Cumberbatch and Elizabeth Olsen share the screen and introduce major ramifications for the MCU!

Are you excited for Doctor Strange 2? Let us know in the comments below!