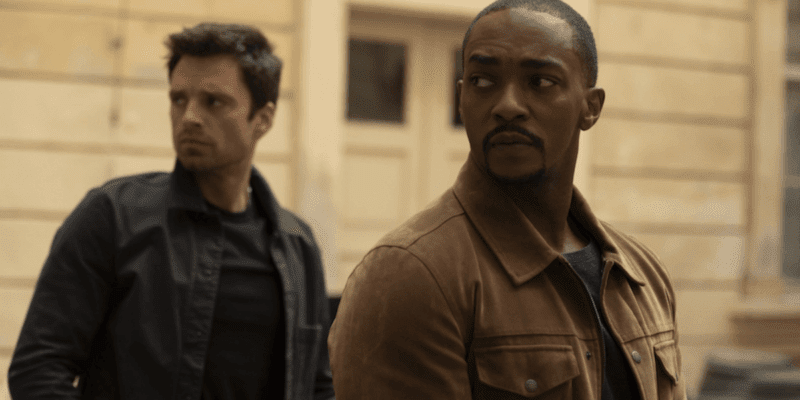 A lot of Marvel fans always wondered how the Avengers got paid, but apparently they don’t. According to The Falcon and the Winter Soldier series premiere, the Avengers never made a dime saving the world.

Six months after the “Blip” and saving half of humanity in Avengers: Endgame (2019), Sam Wilson (Anthony Mackie) needs a loan to save his family boat from sinking with his finances.

Arriving back home in Lousiana, Sam reunites with his sister Sarah (Adepero Oduye), a single working mom who took care of the family business during Sam’s five-year absence from Thanos’s snap in Avengers: Infinity War (2018). Refusing to sell their family boat, the Avenger attempts to use his impressive, world-saving resume to receive a loan.

When the loan officer (Vince Pisani) asks how Sam and his fellow superheroes got paid, both Sam and the fans couldn’t tell if he was joking. After the loan officer asks about a “fund for heroes” or if the late Tony Stark paid Earth’s mightiest heroes before his death, Sam says, “It doesn’t really work like that.”

Heck, in the Marvel Cinematic Universe the new Captain America is probably getting paid more than Sam and Bucky!

The discovery that Stark, a billionaire, didn’t pay his fellow Avengers caused quite the fury on social media — and even within Marvel.

“It’s funny because that scene, and that moment, ended up triggering everybody at Marvel,” Falcon and Winter Soldier executive producer Malcolm Spellman told Entertainment Tonight. “We were getting calls from Kevin [Feige, President of Marvel Studios], from Lou [D’Esposito, Co-President of Marvel Studios], from Victoria [Alonso, EVP of Production], from Nate [Moore, VP of Production & Development], like everyone at Marvel wanted input there.”

“Whatever it is about it, it has resonated with the people that have been interviewing with us, it resonated with everyone working there. So I think the reason you keyed in on it is you got to see a moment where a superhero is truly a regular person, and hopefully we answered the question to some degree, that it ain’t easy being [superheroes]. A lot of superheroes are broke, especially now that Tony Stark is gone.”

“Because we had more time, you get to spend time in a scene like that, in a bank scene, where you’re dealing with someone being famous but maybe being broke, and how do you make your money as a hero? It’s a blast. I mean, Anthony and Sebastian [Stan] are both able to play with a given moment in a way that’s electric, so half of what you’re doing is creating moments for them to just do what they do.”

Marvel dove in and gave Sam Wilson — a butt-kicking superhero — realism. Fans instantly connected his financial troubles to their own, especially during the ongoing pandemic.

In Spider-Man: Homecoming (2017), Tony Stark made off with millions from the post-Avengers (2012) destruction of New York City. The rest of the Avengers? They got nothing. It seemed that with each new movie, Iron Man was making more of the green, but for Captain America and company, it was apparently the opposite.

This is what Tony Stark paid the Avengers pic.twitter.com/T20iHDbS2w

Alex nailed it by posting a picture of Wanda Maximoff (Elizabeth Olsen), Sam, and Bucky with the caption: “they should’ve unionized.”

WHY are people acting like it was Tony Stark’s job to pay the avengers? They didn’t work for him. He wasn’t even in charge of the team. He built them all tech, built them the avengers compound, and hosted them for free. Blame SHIELD or something instead smh.

WHY are people acting like it was Tony Stark’s job to pay the avengers? They didn’t work for him. He wasn’t even in charge of the team. He built them all tech, built them the avengers compound and hosted them for free. Blame SHIELD or something instead smh pic.twitter.com/L903p1cnIr

In the end, it was not Tony Stark’s fault that the Scarlet Witch or Vision didn’t see a penny for their time. Stark cleverly states in Avengers: Age of Ultron (2015) that Steve Rogers/Captain America was the Avengers’ leader, but considering he’s retired, I don’t think he’ll be sending out paychecks.

It’s pretty hilarious that Marvel’s heads were ticked off about the Avengers not getting compensated for their sacrifices, especially since they’re the ones that could “pay” them.

Marvel Phase 4 is off to a running start with the limited series The Falcon and the Winter Soldier every Friday on Disney+. Catch Sam and Bucky fight for Cap’s shield and make an unlikely alliance with Baran Zemo, the main antagonist from the Winter Soldier series.

Do you think the Avengers heroes should be paid? Let us know in the comments below!